The Life of a Dairy Cow 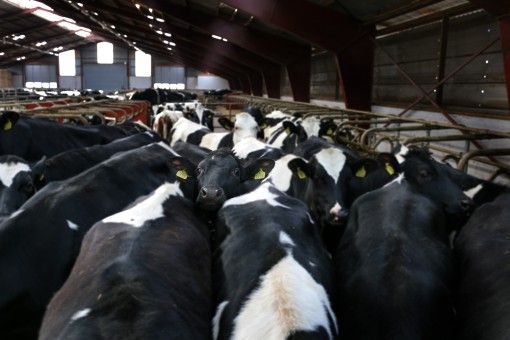 Every year, 9.4 million cows are used for dairy production. This is their reality…for a forgotten glass of milk.

When she is born, a female calf is immediately removed from her mom and placed in a small enclosure by herself. Instead of her own mother’s milk, she is fed pooled milk from the milking parlor and artificial milk replacer. She is dehorned and any extra teats are cut off without pain relief.

When she is 3-6 months-old, she is moved into group housing with other calves her age.

Although she would normally be physically ready to mate at 20-30 months of age, on a dairy farm, she is forcibly impregnated at 12-15 months-old through artificial insemination.

Nine months later, she gives birth to a male calf, who is also taken from her right after birth.

Depending on his breed, he will either live in a crate so small he cannot turn around for veal production, or he will go to a feedlot and be slaughtered at only a year old for beef production.

She is milked for 10 months, during which time she is impregnated again. She is given a short 30-45 day “rest” before she gives birth.

She gives birth again and the cycle continues. Every time her baby is removed, and she must endure the emotional pain again. Cows call out for their babies, as they are separated.

This miserable process repeats for the next 3-5 years.

When she is no longer profitable, she is killed. She is slaughtered at 4-7 years old, though she  could live up to 20 years.

A life of suffering, and an early death, for no reason other than human desire. A glass of milk, or block of cheese is not worth inflicting this pain on another being.

This Mother’s Day, think of these non-human mothers who endure incredible agony. You can help disrupt this cruel industry, by ditching dairy, and opting for the vegan option. Every time you choose vegan, you are voting for a kinder world.

The Problem with Beef 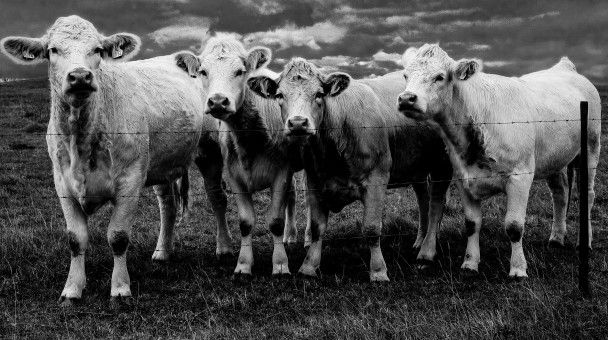 To mark cows for identification, ranchers may restrain them and press hot fire irons into their flesh, which can cause third-degree burns, as they bellow in pain and attempt to escape. Often without providing any pain relief, workers typically cut male calves’ testicles from their scrotums or tightly clamp them so that they atrophy, and the horns of cows raised for beef are often cut or burned off.

While “on the range,” most cows receive inadequate veterinary care, and as a result, many become sick or die from infection and injury. In the winter, cattle freeze to death in states such as Nebraska, South Dakota, and Wyoming. And during the summer, they die from the heat in states such as Kansas and Texas.

After about a year of enduring harsh weather extremes, cows are shipped to an auction lot and then may be sent hundreds of miles away to massive feedlots—feces- and mud-filled holding pens where they’re crammed together by the thousands. Many are sick on arrival, and some die shortly afterward.

Cattle on feedlots are fed a highly unnatural diet of grain and corn, which is designed to fatten them up quickly. This food can cause their stomachs to become so full of gas—a condition called bloat—that breathing may become impaired because of compression of the lungs. Some may suffer from a severe increase in stomach acid, causing ulcers to form and resulting in a condition called “acute acidosis.”

The feedlot air is saturated with ammonia, methane, and other noxious chemicals that build up from the huge amounts of manure, and the cows are forced to inhale these gases constantly. These fumes can give them chronic respiratory problems, making breathing painful.

Cattle raised for food are also regularly dosed with drugs such as antibiotics to make them grow faster and keep them alive in these miserable conditions. Some of the antibiotics, including penicillin and tetracycline, are also used to treat humans but don’t always work when prescribed, because the patients have been exposed to antibiotic-resistant bacteria and low doses of antibiotics as a result of consuming meat, milk, or eggs from animals who were fed the same drugs. Researchers at Texas Tech University suspect that drug-resistant bacteria found in cattle feedlots can become airborne and cause hard-to-treat infections in humans.

According to the Centers for Disease Control and Prevention, 2 million people contract antibiotic-resistant bacterial infections each year, and approximately 23,000 of them die. Eating antibiotic-free meat is not a solution. It’s still high in cholesterol and saturated fat and contributes to a person’s risk of suffering from heart disease, cancer, diabetes, and obesity.

Take PETA’s pledge to go vegan and try removing beef and other meat from your diet. After a month, you’ll see how much better you feel, and you’ll be happy knowing that you’re doing your part to help stop cruelty.

Leading beef packers in the United States in 2019, based on daily slaughter capacity