Greyhound racing in Scotland is "beyond reform" as some dogs are drugged with illegal substances such as cocaine, MSPs have been told.

Campaigners have asked Holyrood's rural affairs committee to call for a complete ban on the sport.

It was told that 13 dogs tested positive for doping at Scotland's only regulated race track between 2018 and 2019.

The Greyhound Board of Great Britain (GBGB) said welfare was "paramount".

Scotland has just one regulated race track, the Shawfield Stadium in Rutherglen near Glasgow. There is also one unregulated track at Thornton in Kirkcaldy, Fife.

At Shawfield, 197 dogs were injured and 15 deaths were recorded in the same timeframe.

However campaign group Scotland Against Greyhound Exploitation (Sage) estimates the real death toll is significantly higher as Thornton is not required to record casualty rates.

Gill Docherty, on behalf of Sage, hit out at the lack of regulation to protect the animals from injury, death and doping.

She said: "The lack of regulation [at Thornton] means there is no vet present at any of the races and that would mean there's no administration of first aid or pain relief to dogs that are injured.

"There is no vet present to euthanise a dog should it suffer a catastrophic injury such as a broken spine or neck."

Drug testing does occur at Shawfield - but in just under 2% of races, she said.

Those tests revealed 13 dogs tested positive for doping in the period from 2018 to 2019 - with Class A drug cocaine found in five of the dogs. 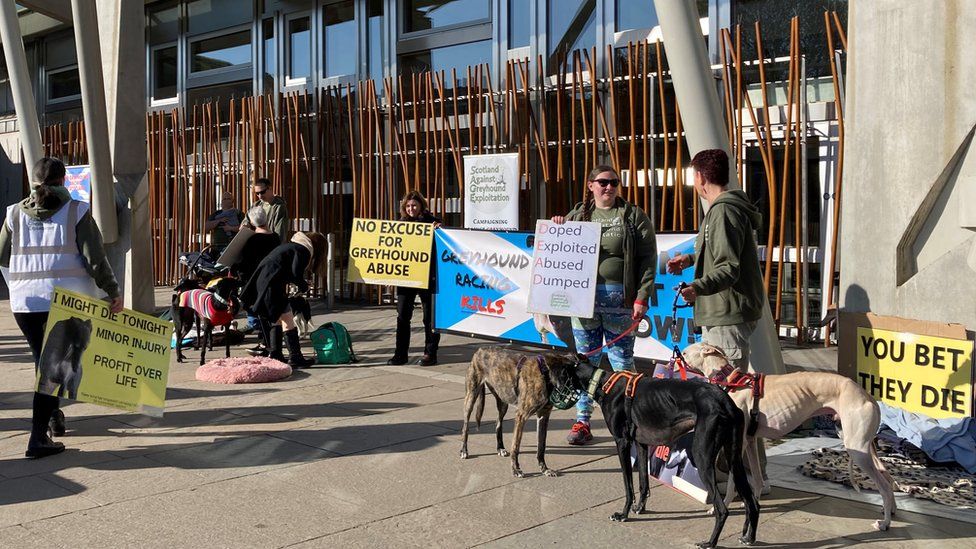 Regulation does not work, Ms Docherty said, as when doping does occur it is often not revealed by the GBGB for several months and it goes unreported to police and the Scottish SPCA.

She added: "Fundamentally, we cannot ignore the inherent risks of greyhound racing itself. These risks are present whether the track is regulated or unregulated.

"They cannot be mitigated against with welfare measures or cleverly named initiatives. It is a fact that making six dogs race at speed in excess of 40mph counter clockwise round an oval track results in a high rate of collisions and injuries, with the first end being notorious for causing the most injuries."

The Animal Welfare Act 2006, which places a duty of care on animal owners to protect them from suffering, does not go far enough to prevent the harm caused to greyhounds, he said.

"I genuinely think this is an industry that is really beyond reform," he said. 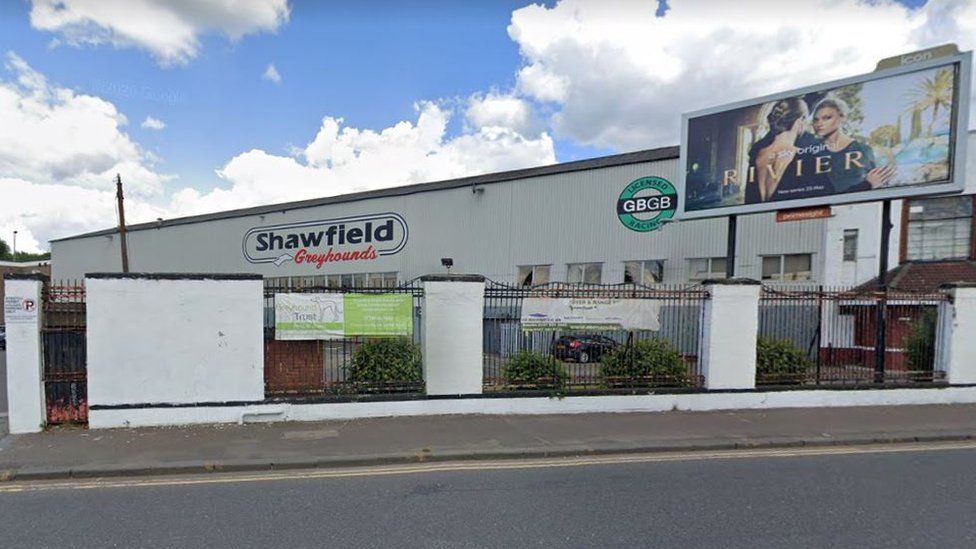 Shawfield stadium in Rutherglen is Scotland's only regulated race track

The Scottish SPCA recently came out in favour of a ban on greyhound racing.

In a letter to the committee, Mark Flynn, the body's chief superintendent, said Scotland needs to "lead the way" in imposing a ban.

The committee will now write to relevant stakeholders, including the Animal Welfare Commission, and to the Scottish government to seek clarity on regulation enforcement before taking the petition forward.

Mark Bird, chief executive of GBGB, said there was a "zero-tolerance" approach to mistreatment of dogs.

He added: "What is often overlooked by those who would like to see racing banned is that the protection racing greyhound receives goes far beyond what is afforded to domestic dogs in the UK.

"As regulator, we closely monitor the welfare of all GBGB registered greyhounds and have a zero-tolerance approach to any mistreatment of greyhounds within our sport.

"Each greyhound racing at one of our tracks is seen by a vet both before and after racing and their trainers' kennels are regularly inspected by vets, our stipendiary stewards and independent auditors to ensure they comply with out high welfare standards."

The GBGB also have strict anti-doping policies and say all instances are reported to the appropriate authorities and could also result in a lifetime ban for trainers.

More on this story