The coronavirus outbreak stresses the need to change how we make our meat. 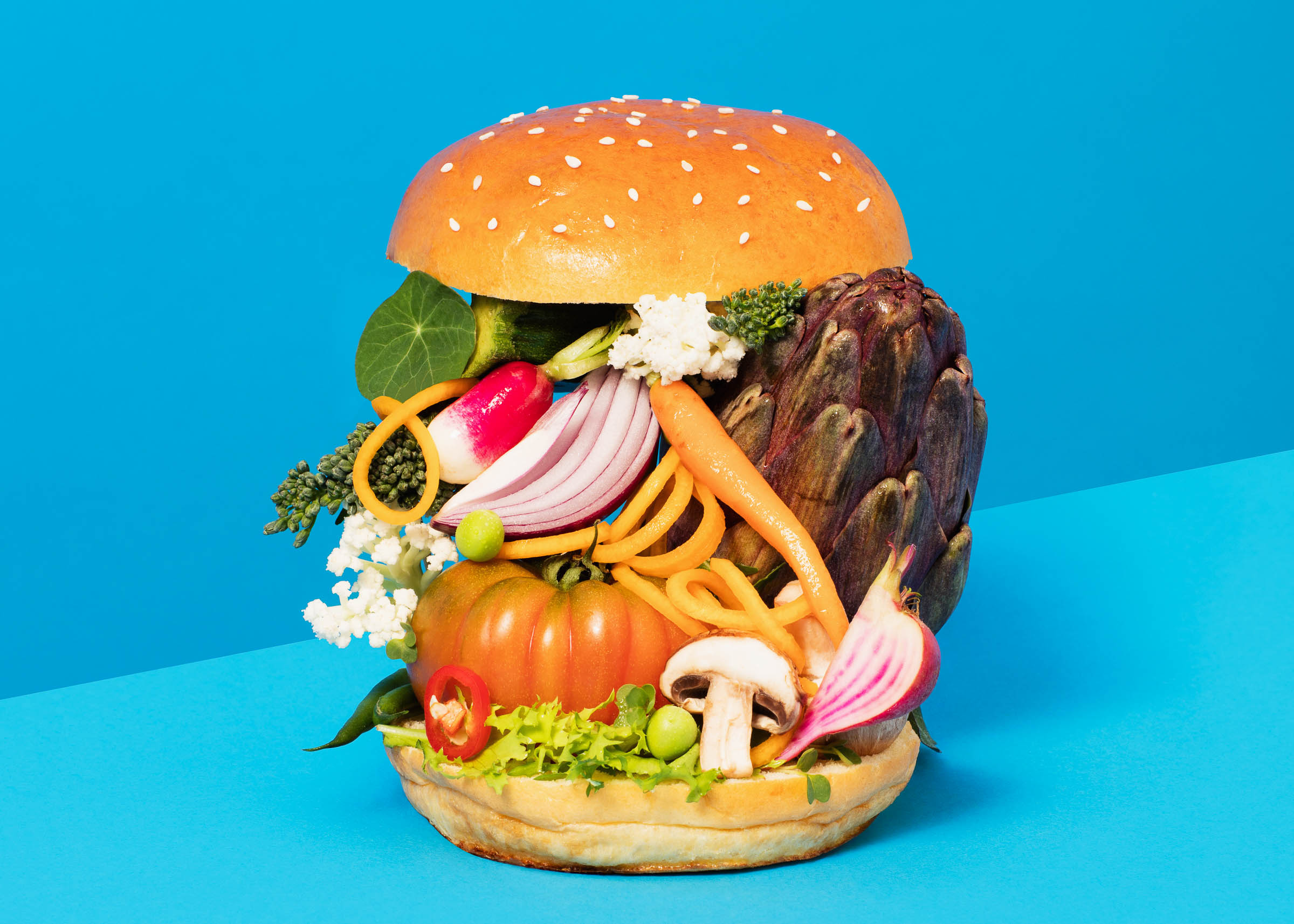 Modern plant-based meat production gives consumers a painless swap at the dinner table, along with massive underlying benefits in safety and sustainability throughout the supply chain.PHOTOGRAPH: ILKA & FRANZ/GETTY IMAGES

THE WORLD IS transfixed by the novel coronavirus outbreak spreading around the globe. It is becoming clear that increasingly draconian lockdown measures and travel restrictions are often too little, too late. Public health officials are pointing out that, at this point, containment is akin to shutting the barn door after the horses have left.

However, in today’s globalized world, the horses arguably left the barn long ago.

In addition to trying to round up the latest stampeding pandemic, we need to examine the circumstances that enable these zoonotic diseases to leap from another species to humans. Fortunately, we now know the circumstances that give rise to zoonotic outbreaks, and we have the technology to vastly reduce this risk by modernizing our food system.

Liz Specht, PhD, is the associate director of science and technology at the Good Food Institute.

It is widely thought that Covid-19 emerged from a meat and wildlife market in Wuhan, China, though the animal host immediately prior to its human leap has not yet been conclusively identified. This proposed origin is entirely unsurprising. Just as national security agencies monitor transmissions among suspected terrorist cells, scientists routinely monitor “viral chatter” in two key harbinger populations: bushmeat hunters and slaughterhouse workers. Zoonotic viruses almost always leap to humans directly from our livestock or from wildlife, the slaughter and hunting of which bring susceptible human hosts in particularly close contact with live animals and their infected tissues and fluids.

Both farmed and caged wild animals create the perfect breeding ground for zoonotic diseases. Extraordinarily high population densities, prolonged heightened stress levels, poor sanitation, and unnatural diets create a veritable speed-dating event for viruses to rendezvous with a weakened human host and transcend the species barrier. In fact, we know that this happens routinely—it’s a simple throw of the dice for one of these leaps to coincide with subtle adaptations that allow the virus to transmit more efficiently from human to human. Swapping host species often allows pathogens to take a more sinister turn, causing severe illness or death in their new host despite only triggering mild symptoms in their animal reservoir.

Time and again, zoonotic viruses emerge from these contexts: wave after wave of avian flu, swine flu, Nipah virus ... the list goes on. Given our current system, the risk of viruses leaping to humans is a matter of when, not if. Shortly after the most virulent season of zoonotic H7N9 avian flu that emerged from poultry farms in China, Johns Hopkins’ Dr. Amesh Adalja’s alarm was clear: “An H7N9 pandemic could well be worse—perhaps much worse—than the great pandemic of 1918.” The most recent report from the Global Preparedness Monitoring Board convened by the World Health Organization didn’t mince words either, opening with a prescient warning: “If it is true to say ‘what’s past is prologue,’ then there is a very real threat of a rapidly moving, highly lethal pandemic of a respiratory pathogen killing 50 to 80 million people and wiping out nearly 5 percent of the world’s economy… The world is not prepared.” Researchers at UC Davis’ One Health Institute are similarly blunt: “Few threats to human health have the potential to cause more impact than emerging zoonoses.”

Even when these viruses circulate only within their animal hosts, the threats to human prosperity and food security are too high to bear. The current African Swine Fever Virus outbreak has been responsible for an estimated 50 percent drop in pork production in the world’s largest pork-producing country and led to a dramatic rise in overall food prices. To add further insult to injury, there are recent reports of a highly pathogenic strain of H5N1 avian flu emerging in China, and many chicken farmers in locked-down regions have lost their entire flocks due to transit disruptions of their feed supply.

Global consumers—already in fragile circumstances from the prospects of prolonged economic disruption—are additionally subjected to food pricing volatility as a result of these vulnerabilities of animal farming. These routine viral assaults on food security demonstrate that regardless of the precise route of zoonotic transmission of the current Covid-19 outbreak, our reliance on massive-scale animal farming is neither prudent nor pragmatic in the best of times or the worst of times.

It’s time to admit that we, as a civilization, have outgrown the dated notion of using animals to produce meat. Hunting and animal farming served their purpose for millennia of human population growth. But in 2020, we need to be brutally honest with ourselves. We can’t keep doing this. The current system is broken. It is inefficient, insecure, unsustainable, and extremely unsafe.

Fortunately, taking animals out of our food system is easier than we may think. As evidenced by the enormous uptick in innovation, availability, and consumer interest in plant-based meats, the whole meat category is being redefined. Meat is increasingly recognized as a sensory experience, characterized by a specific combination of amino acids, fats, and minerals rather than by its means of production. No animal has to be farmed or hunted and no disease has to be risked to enjoy a juicy burger or a crispy nugget.

We are also likely to see cultivated meat (meat grown directly from animal cells, no slaughter involved) enter the market sometime fairly soon, thanks to an influx of talent, investment, and entrepreneurial activity. Both plant-based and cultivated meat products remove the food insecurity and zoonotic disease concerns inherent in animal-based food. Modern plant-based and cultivated meat production gives consumers a painless swap at the dinner table, along with massive underlying benefits in safety and sustainability throughout the supply chain.

Governments are pouring immense resources into therapeutic and vaccine development programs in a frantic attempt at damage control for the current outbreak. But none of this will prevent the next, and potentially even worse, pandemic.

There’s no time to waste in pushing forward solutions for what is likely the underlying cause of this pandemic, and what has been at the root of dozens of prior zoonotic events. We can’t afford not to have the same level of urgency in directing funding, effort, and talent into accelerating the development and deployment of safer, modern meat production methods. It is past time to move away from animal-derived meat altogether. Rather than trying to close the door after the horses have left, it’s time to build a better barn.