The world's largest livestock carrier arrived in the Port of Timaru on Tuesday afternoon, but the company responsible for the shipment of cows to China could not say when the thousands of cows would be loaded onto the ship.

However, by 6.45pm there several stock trucks were pulled up close to the Ocean Drover, with a ramp in place for the loading of stock.

It was not clear whether or not stock were actually being loaded yet. 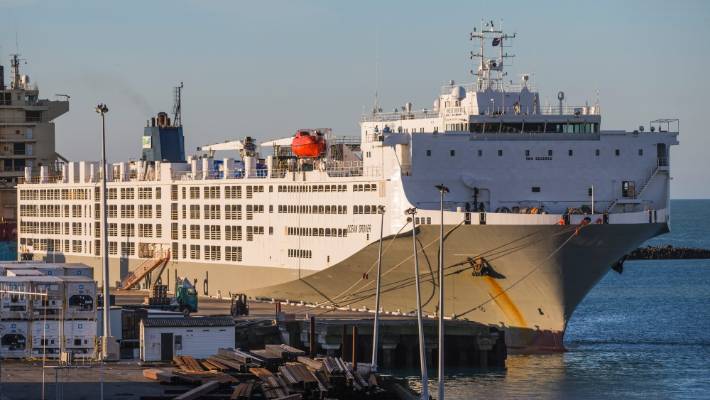 According to the PrimePort Timaru shipping schedule, the Ocean Drover docked at 3.30pm after spending several days sitting off the coast of Timaru. The vessel was due to depart from Timaru for Napier at 10am on Wednesday.

The ship will carry 6600 dairy cows to Fonterra farms in China.