A tanker off the coast of Peru was hit by waves linked to Tonga's volcanic eruption and spilled 6,000 barrels of oil, contaminating vast swathes of sea and beaches. Fingers are being pointed at the oil company Repsol. 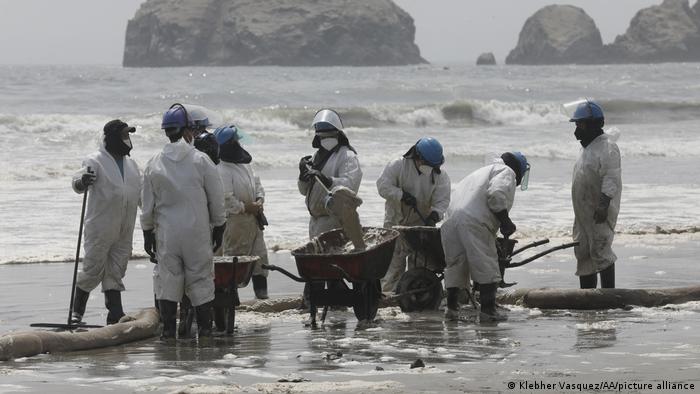 For his entire life, Manuel Chapayquen has fished off the Peruvian coast. His father and grandfather were fishermen off Ancon beach, in the north of the capital Lima. Asked if he could imagine any other job, he replies with a saying: "I'd be a fish out of water."

But now Chapayquen is watching helplessly as the sea, his sea, has turned pitch black from spilled oil, and realizing that his time as a fisherman might be over after all. "It's a crime," he says, calling Spanish oil giant Repsol "murderers of the environment." "We protect our beach day after day, and these criminals pollute the sea," the fisherman says. "Ancon will never be the same again."

Chapayquen speaks for all 1,500 fishermen in the region, who are bringing in just 10% of their usual catch after the biggest environmental disaster in recent years, and are furious with the Spanish oil company. One of its tankers lost 6,000 barrels of crude oil while unloading at Peru's largest refinery, La Pampilla, which accounts for about half of the South American country's fuel consumption — enough to fuel 25,000 cars.

In view of 21 contaminated beaches, thousands of dead birds and fish, and a huge oil slick that is coming ever closer to the coast of the capital Lima, the government has declared a 90-day environmental emergency. Three months to clean up as best as possible contamination across an area the size of 270 soccer fields, and enough time to investigate the all-important question of who is ultimately responsible for the disaster.

The Madrid-based oil company, which in 2020 generated sales of almost €50 billion ($56.6 billion) in 29 countries, is denying responsibility. Initially, it reported only seven gallons of spilled crude oil, not even 1% of the actual amount, claiming everything was under control.

Repsol failed to react during the first 48 hours of the spill, when there was still a possibility of containing it. Now it has volunteers cleaning up the ecological disaster for a pittance and often without adequate protective clothing. Ironically, they include fishermen, too. 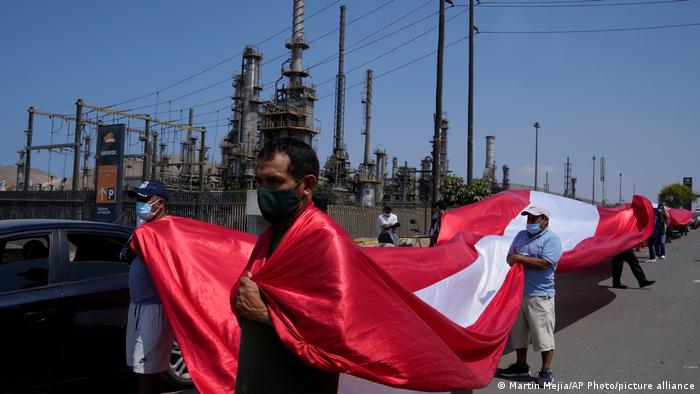 Fisherman are protesting outside the Repsol refinery

"Did we respond quickly enough? No. We were not aware of the magnitude of the event before oil washed up on the beaches. Of course we made mistakes," says Repsol Peru President Jaime Fernandez Cuesta, adding that the plan is to have cleaned up the beaches by the end of February. However, he argues, the volcanic eruption in the South Pacific state of Tonga was responsible for the accident, because it triggered tidal waves and abnormal currents.

The multinational oil firm and the Peruvian government have been playing the blame game. Repsol says the government gave no tsunami warning. After surveying the extent of the disaster, Peru's Environment Minister Ruben Ramirez has threatened the company with a €32 million fine. 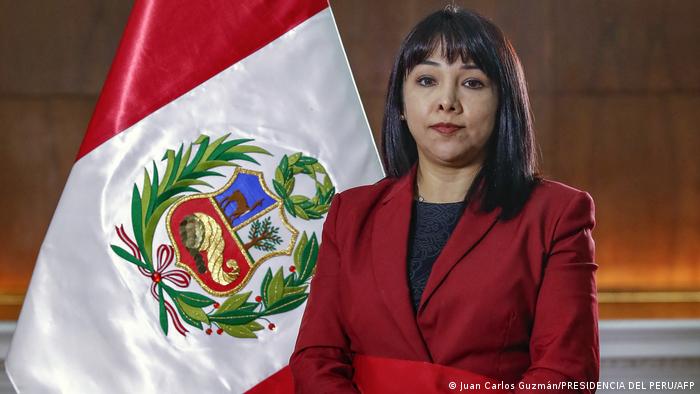 Peruvian Prime Minister Mirtha Vasquez does not rule out revoking Repsol's license for the refinery. A team of experts is to take a close look at the contracts with the oil company to check whether there is any scope for possible sanctions.

Juan Carlos Riveros does not believe the environmental disaster will have serious consequences for Repsol. "This refinery produces diesel, which is essential for public transport in the cities," says the biologist and scientific director of the nongovernmental organization Oceana. Peru is hostage to Repsol, he says. "Besides, many of the most influential politicians here have worked for Repsol as consultants for a long time." Moreover, the Peruvian Congress is currently debating a legal amendment that would extend concessions for foreign investors from 30 to 40 years. 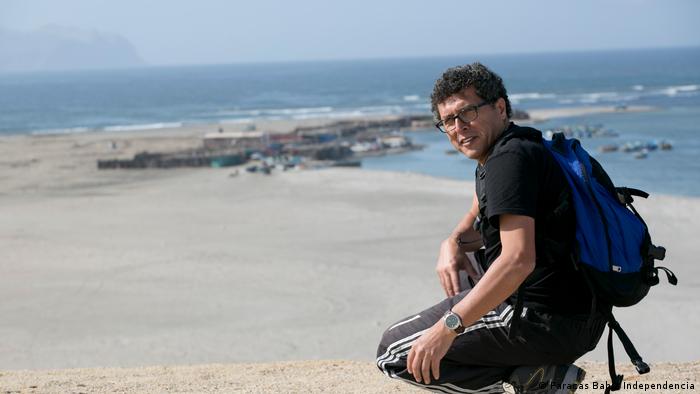 Over the last 25 years, there have been no less than 1,002 oil spills that contaminated the environment, more than half in the Peruvian jungle, over 400 in the sea. The multinational oil firms face few consequences because after all, business must go on. "The fines are ridiculous when you consider how much money these companies move around, and they always have an army of lawyers who get the best deal for the oil companies, so they often even take advantage of the lawsuits," Riveros says.

Thousands of mainly young Peruvians, including many fishermen who face losing their livelihood, have taken to the streets in recent days to demand harsh consequences for Repsol. Juan Carlos Riveros is pessimistic about their future, saying that the extinction of species, deformities in animals and contamination for generations to come are the consequences of the accident. "The heavy oil is toxic, people here won't be eating fish for a while. It may take a year for the fishery to return to pre-disaster levels," he says. "By then, many fishermen will have given up."