Data provided by the charity shows as of July, it responded to 22,908 animals being left by their owners.

It said Covid and cost of living fears meant fewer people considered taking on a pet, with the number of rehomed animals down 10% year-on-year.

The charity has launched its annual Adoptober campaign, which encourages people to consider adopting or fostering a rescued animal. 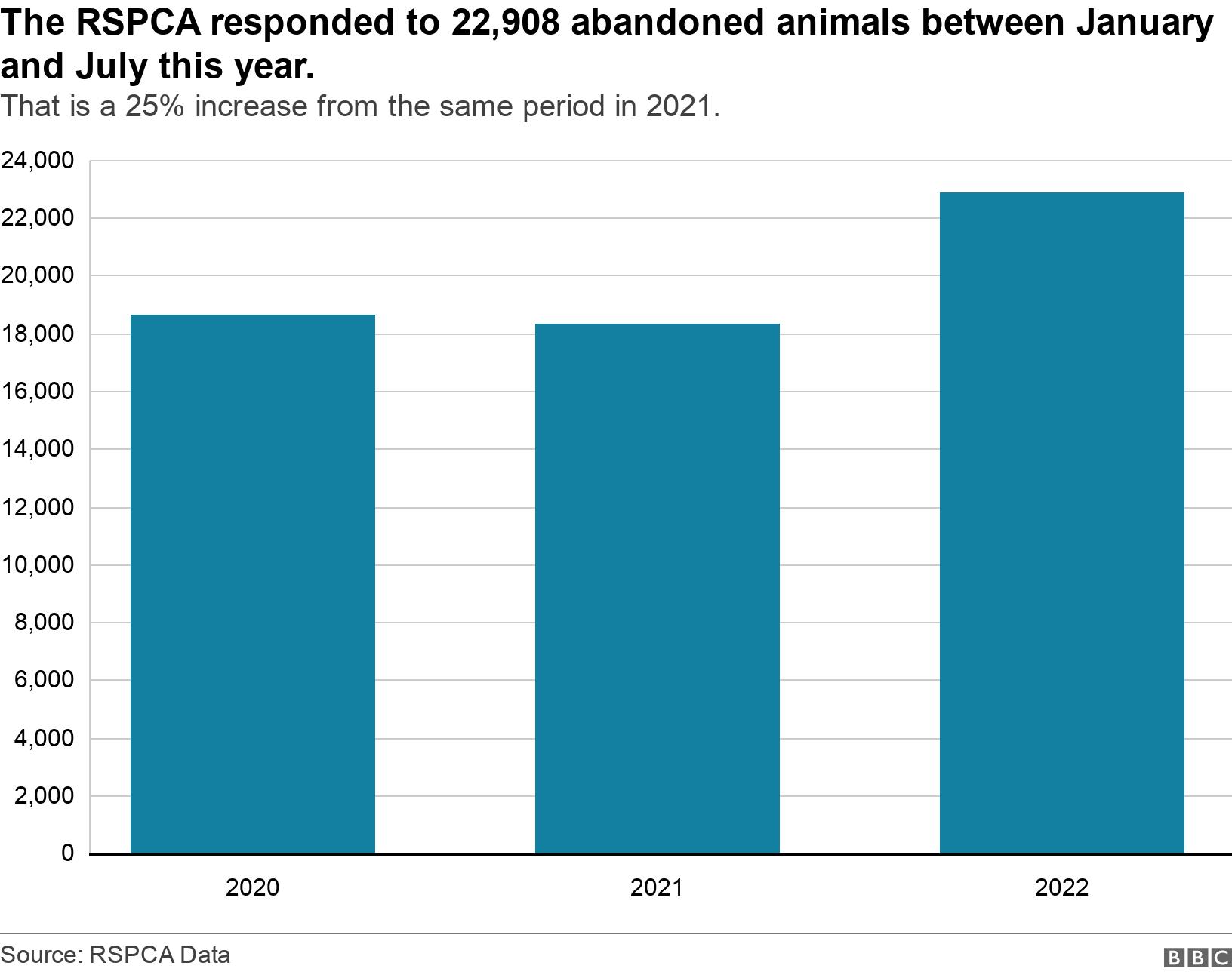 Dr Gaines said: "It's really concerning to see that animals are staying in our care for longer and that less are being rehomed year-on-year.

"Unfortunately, we believe we're really starting to see the devastating impact of the Covid-19 pandemic and the cost-of-living crisis.

"We're also beginning to see more animals coming into our care because their owners simply couldn't afford to care for them any more; or, in the most extreme cases, having been neglected or abandoned due to the rising cost of pet care."

Katie, who lives in the North West of England, recently had to rehome her two beagles.

She told the BBC it was "really, really awful".

In June, the RSPCA released the Animal Kindness Index, which found 68% of pet owners surveyed said the cost of looking after their pet had risen from one year prior.

It said 19% were worried about being able to feed their pets.

Kobe is one of the dogs being looked after by the RSPCA, having been taken to the charity's Stubbington Ark branch in January 2021

In Yorkshire & the Humber, the RSPCA has responded to 2,830 abandoned animals this year, as of July. That is up 38% from the same period in 2021, the largest percent increase for a region across England and Wales.

The second largest percent increase was seen in the East Midlands, with the charity responding to 2,144 animal abandonments so far this year - up 35%.

That is closely followed by the South East, where 2,751 animals have been abandoned, up 34%.

Dogs continue to be the most commonly abandoned animal, according to the RSPCA data.

With 8,305 abandoned this year, they make up just over a third of abandoned animals the charity has responded to in 2022.

In its own survey last month, the Dogs Trust found 43% of respondents said they would find it more difficult to give their dogs all they needed compared to before the widespread surge in living costs.

In August, Battersea Dogs & Cats Home estimated that the average cost of keeping a dog in the UK was £2,000 a year.

But the charity did say "the true costs will vary dramatically depending on the size, age, type and health of the animal".

Rob Young, head of centre operations at Battersea, said: "Faced with rising food and energy prices, for many UK households the current environment is a challenging one.

"Given this, it's really important that people are fully informed about the costs associated with owning a dog."

More on this story