Several impounded dogs due to be rescued by a shelter have instead been shot dead by a rural council in NSW under its interpretation of COVID-19 restrictions, alarming animal activists and prompting a government probe.

Bourke Shire Council, in the state’s north-west, killed the dogs to prevent volunteers at a Cobar-based animal shelter from travelling to pick up the animals last week, according to council’s watchdog, the Office of Local Government. 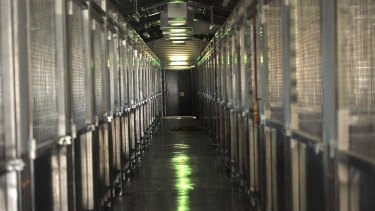 Several dogs have been shot by a rural pound because of perceived social distancing requirements.CREDIT:LAURA HARDWICK

“OLG has been informed that the council decided to take this course of action to protect its employees and community, including vulnerable Aboriginal populations, from the risk of COVID-19 transmission,” a spokesman from the government agency said.

The spokesman said the agency was examining the circumstances of the incident to find out whether companion animal and cruelty prevention laws had been broken.

The Herald attempted to contact the council administration multiple times, but received no response, and a member of Rural Outback Respite/Rescue – the shelter that was supposed to receive the dogs – declined to comment.

A source who is familiar with the arrangement said the shelter volunteers were distressed and had COVID-safe measures in place to handle the dogs, one of which was a new mother.

According to NSW Health, there have been no recent locally acquired COVID-19 cases in Cobar, although fragments of the virus have been found in the area’s sewerage system.

The Office of Local Government Minister Shelley Hancock, who has previously faced questions in Parliament over the shooting of animals in council pounds, did not comment. However, Animal Liberation campaigner Lisa Ryan called for an urgent investigation.

“We are deeply distressed and completely appalled by this callous dog shooting and we totally reject council’s unacceptable justifications that this killing was apparently undertaken as part of a COVID- safe plan,” Ms Ryan, Animal Liberation’s regional campaign manager, said.

Asked during budget estimates in March whether she knew about councils shooting animals to euthanize them, Ms Hancock said she didn’t.

“If it was a practice, I would be concerned about it — if it was a cat or a dog,” she said, before agreeing to answer questions on notice regarding the practice. 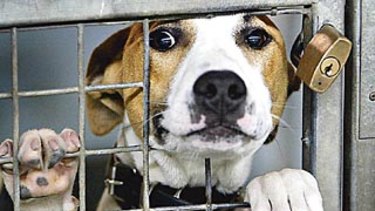 A later answer said councils weren’t required to tell the government how they killed animals under their care.

Ms Ryan said, based on the minister’s answers during the hearing, Ms Hancock was “clearly oblivious to the reality of the serious issues involving many NSW council pounds.”

Greens animal welfare spokeswoman Abigail Boyd said the government had undertaken no action since the issues had been raised with Ms Hancock during the parliamentary hearing.

“While the Liberal-National government twiddles its thumbs on animal welfare issues, more animals are being killed,” she said.

“Council pounds are paid for by local communities, and it is clear that shooting lost and unclaimed dogs housed in these publicly funded facilities falls far short of community expectations.”

The OLG spokesman said the agency issued advice to all councils about operating pounds during the COVID-19 outbreak, including changing procedures to ensure those services continued while keeping staff and volunteers safe.

“Councils are also encouraged to continue to work with re-homing organisations and volunteers to care for animals, where that can be undertaken consistent with NSW Health advice,” the spokesman said.

On July 30, the agency said pounds and shelters could remain open to the public and, as people involved in animal welfare, their staff were authorized workers in locked-down areas.

“Accordingly, prospective new owners should still be encouraged to “adopt not shop”, consistent with NSW Health advice,” the OLG stated.