The issue features a shocking photo report on wildlife tourism around the world: "The Hidden Cost of Wildlife Tourism." Described as: "A story of cages, shackles and abuse," it reveals the appalling reality of animals kept in captivity for entertainment purposes.

The report visit wildlife tourism facilities in places like Thailand, Russia, the US and the Amazon, where demand is growing for tourists to ride elephants, pose with tigers, bears and sloths.

The magazine features shocking images like the photo at the top, which shows cubs at a tiger zoo in Thailand. They're kept in small cages and brought out for photo opportunities.

"Captive tigers are speed bred-cubs taken from their mothers at birth-to ensure that there are always baby cats for visitors to cuddle," the caption notes.

Meanwhile the image below shows a a polar bear dancing on ice at a show in Russia.

The caption reads: "Performing polar bears are rare. The four in this show wear metal muzzles, and their trainer carries a metal rod. Between tricks, the bears lie down and rub themselves on the ice." 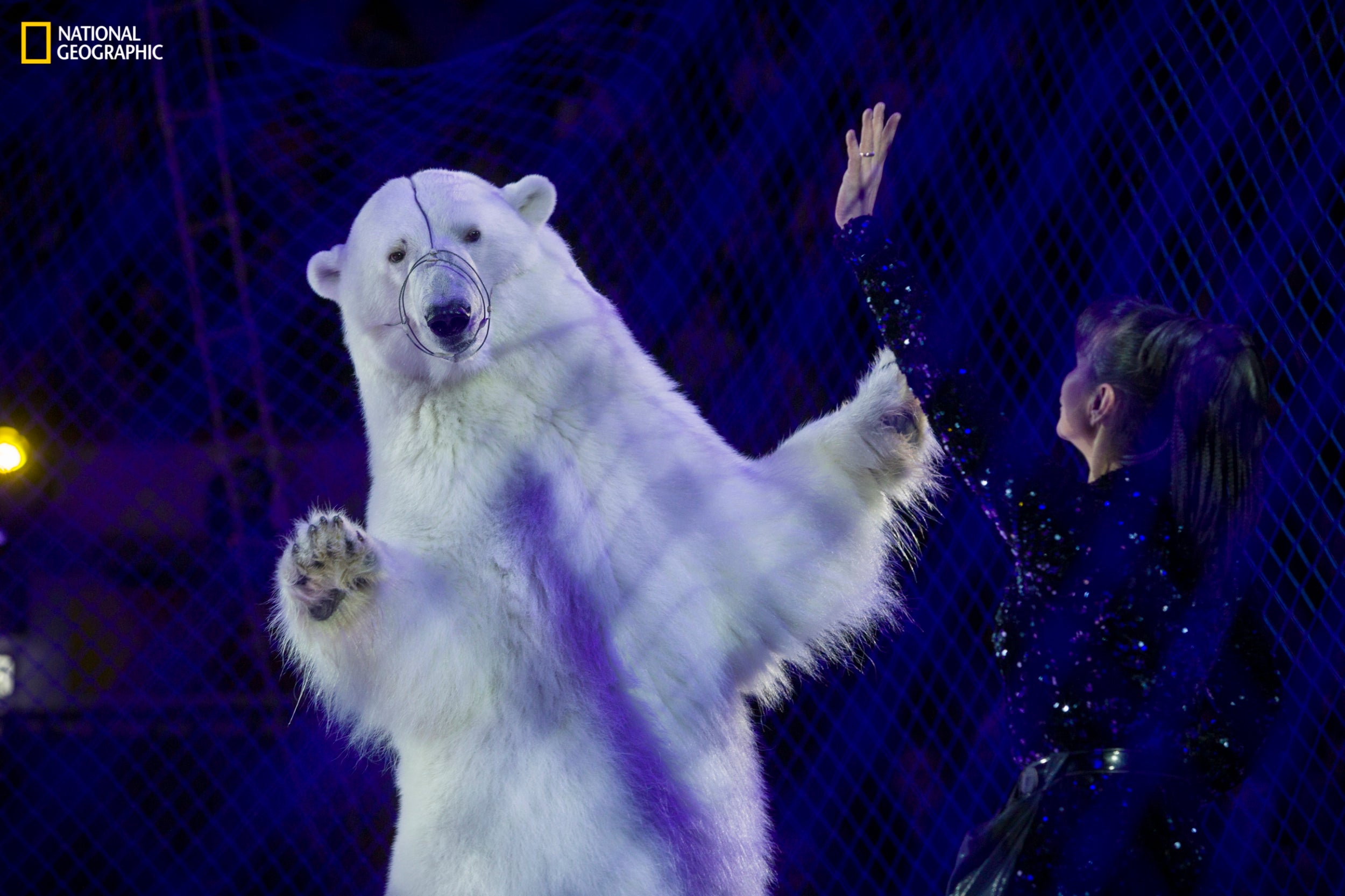