This concerns the laws governing humans performing sex acts with non-human animals. Laws against humans performing sex acts on animals, where they exist, are concerned with the actual act, which it commonly refers to as bestiality, rather than the sexual attraction to animals. For this reason, prohibitions of zoophilic pornography are more varied; they may be unlawful if an actual sex act with an animal is involved, but the status is not clear-cut if there is a mere representation, such as a painting or cartoon. In that case, normal obscenity laws will normally apply. All zoophilic imagery is widely regarded as pornography. 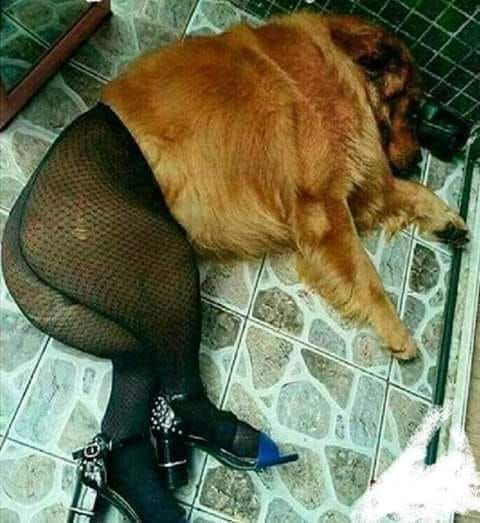 According to the San Francisco Chronicle: Bestiality and its correlation to subsequent violent behavior and to mental illness.

- FBI research on the backgrounds of serial sexual homicide perpetrators that uncovered high rates of sexual assault of animals.

- A report in the Journal of Forensic Psychiatry revealed that 20 percent of children who sexually abuse other children also have histories of sexually abusing animals.

Difference between Zoophilia and Bestiality

Infections that are transmitted from animals to humans are called zoonoses. A few of zoonoses may be transferred through casual contact, but others are much more readily transferred by activities that expose humans to the semen, vaginal fluids, urine, saliva, feces and blood of animals.

This means that sexual activity with animals is sometimes a high risk activity. It is advisable for practitioners of bestiality to assess their relative risk, since risk varies for each species involved, for each disease mentioned below (and others not mentioned), and for each region in the world. Some of the more common zoonoses are listed at the National Agricultural Safety Database (NASD) and the Centers for Disease Control (CDC).

Main article: BrucellosisThe most severe infections are thought to be associated with B. melitensis which primarily infects goats, sheep, and camels in the Mediterranean, Asia, Latin America, parts of Africa and some southern European countries.

Humans can catch B. canis through contact with the body fluids of infected dogs, especially semen, urine and vaginal fluids. Dogs can be infected with Brucellosis without showing any signs or symptoms, and infection can only be diagnosed with specific blood tests.

Heart and lung complications can occur.

Infected people exhibit only some of these symptoms. Other forms of brucellosis can be more severe. With approximately 500,000 zoonotic infections a year worldwide (source:CDC), brucellosis places a large burden on humanity. Brucellosis has been reduced to rare disease status in North America (excluding Mexico) and northern Europe through vaccination and eradication programs, but it remains rife throughout the rest of the world. In most countries up to 10% of dogs carry this bacterium, and even up to 42.7% in some provinces of China,

representing a major threat to the health of veterinarians and people who handle the blood or semen of infected animals.

In the USA, there are only about 100 cases of human brucellosis diagnosed per year,

although some sources consider it underdiagnosed and underreported.

Most other countries have much higher rates, with high risk areas including the Mediterranean Basin (Portugal, Spain, Southern France, Italy, Greece, Turkey, North Africa), South and Central America (including Mexico), Eastern Europe, Asia, Africa, the Caribbean, and the Middle East.

New diseases that can jump from animals to humans are called emerging zoonoses. The emerging zoonosis situation changes constantly, in an upward trend.[11] An example from the equine species is the rare Hendra virus, originally passed from flying foxes to horses. The implications for zoophilic sexual contact of each emerging disease should be carefully assessed by practitioners.

HIV (the "AIDS" virus) was originally a zoonosis acquired from primates (notably monkeys) in Africa, probably via hunting and eating but possibly via animal bite. It only lives in primates (humans, apes and monkeys) and is not believed to survive long in other species or away from the human body and fluids. The myth that sex with an animal can cure AIDS is false.

However, many human pathogens can survive in animal fluids for a limited time, and therefore STDs may theoretically be transmitted by an animal that has multiple consecutive human sexual partners in a short enough time frame to allow pathogen survival.

Bites and other physical injury

Humans may be at substantial physical risk and seriously harmed by sexual activity with animals. Larger animals may have the strength and defensive attributes (e.g. teeth, hooves, horns, claws) to injure a human, either in rejecting physical or sexual contact, or during sexual arousal.

Many animals bite as part of sexual excitement and foreplay. Animals carry numerous bacteria in their mouths capable of causing disease after a bite. The most common risk after an animal bite is simple infection (infection risk approximately 15-20% in the USA, may be higher elsewhere), and for dogs and other large animals injury from the force of the bite. Bacterial bite infections are usually fully curable, although dog bites may cause Pasteurella and Capnocytophaga canimorsus infections, which may have severe consequences.

The sexual organs of other species may not safely conform to the human anatomy. For example, the penis of a sexually aroused dog has a broad bulb at the base which can cause injury if forcibly pulled from a woman's vagina, and equines can thrust suddenly and "flare" inside a human orifice.

In 2005, Kenneth Pinyan, a resident of Enumclaw, WA state died from internal injury after being anally penetrated by a stallion. In 2002, a 62-year-old farmer in Bulgaria was treated for a torn rectum after sex with a boar (male pig). In 1976, a 46-year-old French farmer underwent surgery for peritonitis after sex with a boar.

Sensitization and allergic reactions to animal saliva and semen may occur, ranging from mild irritation to anaphylaxis. Although dried skin flakes, known as dander, are the most commonly cited allergen, dog saliva is a more potent allergen than dander. An estimated 10% of people are allergic to animals in general, rising to 20-30% amongst asthma sufferers; the percentage of people allergic to animal secretions in particular is currently unknown. Repeated exposure to secretions after sensitization has already occurred may subsequently provoke an anaphylactic reaction, which can be life-threatening, and should be avoided.

Veterinarians not trained to recognize signs of sexual abuse: experts