This is a worldwide problem. İt does not happen just in poor countries and many westernized countrıes are the worst. For example, last year in France there were over 8000 animals abandoned over the summer holidays. That is in a 2 to 3 month period. July August and September.

Why is this happening? Their laws of cruelty and abandonment apply only to domestic animals which are NOT enforced or regularly. The laws do not cover wild animals.

Street animals are there because of ignorance,  stupidity, lack of education and empathy by the mass.  Where are our governments? 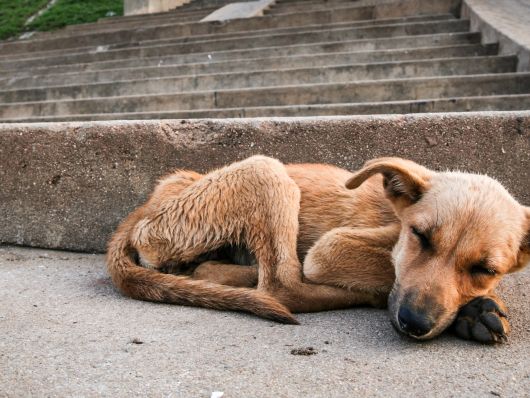 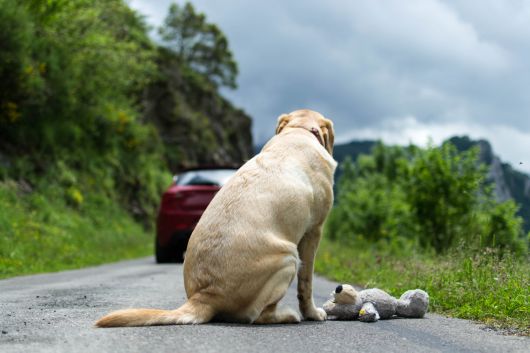 Only 1 out of every 10 dogs born will find a permanent home.

The main reasons animals are in shelters: owners give them up, or animal control finds them on the street.

Each year, approximately 2.7 million dogs and cats are killed every year because shelters are too full and there aren’t enough adoptive homes. Act as a publicist for your local shelter so pets can find homes. Sign up for Shelter Pet PR.[3]

According to the National Council on Pet Population Study and Policy (NCPPSP), less than 2% of cats and only 15 to 20% of dogs are returned to their owners.

25% of dogs that enter local shelters are purebred.

About twice as many animals enter shelters as strays compared to the number that are relinquished by their owners.

It’s impossible to determine how many stray dogs and cats live in the United States. Estimates for cats alone range up to 70 million.

Only 10% of the animals received by shelters have been spayed or neutered. Overpopulation, due to owners letting their pets accidentally or intentionally reproduce, sees millions of these “excess” animals killed annually.

Many strays are lost pets that were not kept properly indoors or provided with identification.

According to The Humane Society, there are about 3,500 brick-and-mortar animal shelters in the US and 10,000 rescue groups and animal sanctuaries in North America.[11]

Anyone can buy a pet, but not anyone can adopt

Though some exceptions exist, those who sell companion animals don’t usually take the time to investigate their clients. They don’t ask questions about the places where they’ll be living, nor are they interested in knowing if interested buyers have enough time to really care for a pet. Whether or not their clients will be able to provide the care and attention an animal needs is of no concern to them.

Protection agencies, however, refuse to offer animals up in adoption without first conducting a thorough investigation. They make sure that potential owners have no history of animal abuse, neglect, or abandonment. They may schedule home visits in order to make sure they meet minimal requirements in order to be able to adopt a pet.

A certain unwritten rule exists… When a family is looking to take a new pet into their home, they often think about a puppy or a kitten. In fact, the younger the better. This way, it’s easier for them to train and educate their pets according to the beliefs, habits, and other particularities of their home.

However, there are also many advantages to adopting pets that have already reached adulthood. First, families need to plan ahead and really define what they’re looking for. Most animals that are living in shelters have already lived with human beings and have a certain level of training. What’s more, the shelter can also vouch for the animal’s behavior and personality.

Of course, this educational factor can sometimes leave room for unpleasant or inappropriate behaviors… However, it almost always means that pets already understand certain things. For example, they usually know where and when to take care of their physiological needs.

What’s more, it’s important to remember that adult pets and dogs in shelters are the least likely to find new homes. In fact, shelters often have no choice but to put them to sleep.

Before you make the decision to purchase a pet, take the time to consider adoption. Remember how many animals have ended up being abandoned and need a loving home. Why not give these animals a second chance at happiness?

In Eastern/Southern Europe, stray animals are VISIBLE because they are mostly living on the street. They are sometimes picked up and brought to shelters and/or killed. In

Western Europe, stray animals (abandoned animals) are INVISIBLE because almost always they are immediately picked up from the street and put in public shelters/pounds

If stray animals were not immediately collected and put in shelters, we would also have an issue with increasing stray animal population in Western Europe.

For example in the UK there were over 47,000 abandoned dogs in 2015*  The main cause of stray animals is abandonment. And after that, if dogs/cats are left on the street it is breeding.

1. Buying pets: The Internet allows easy, quick and cheap purchase of animals (vs breeder visit in the past)

Result: Abandonment: Owners get rid of their pets as quickly and easily as they throw away goods when no longer wanted/popular/novel 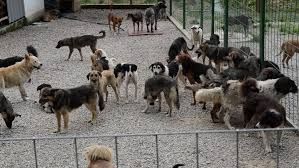 Millions of dogs every year are abandoned and left on the streets or killed. This has to stop and every government is responsible for their strays, and enforcing theır cruelty and abandonment laws

Breeders, pet shops and puppy mills are flourishing and why? MONEY

The most at fault are Breeders, pet shops and puppy mills are flourishing and why? MONEY.

Why do we have diseases through these legal, illegal, and black markets? The Coronavirus is linked to food markets like before with Sars, Avian flu, Swine in China and others because humans have created conditions where cruelty and abuse are widespread.

Do we have to start neutering people?

With all the groups, local and worldwide, activists and just regular people who want to change our world to a better one what are we doing wrong. Why even with positive changes it's not enough. We don't need laws that are complicated and long-winded. Some laws spend a lot of time just explaining the meaning of words.

We need people to report abuse and cruelty.

Please support your local animal shelter and report any abuse or call the police.

Please adopt from your local shelter!

How Can you Abandon?

Millions of dogs are left on the streets every single year. And it unfortunately happens all over the world. Many of these poor abandoned animals die and some are taken to shelters. Sadly, very few are adopted by loving families.

If you add this to the problematic fact that not all owners spay or neuter their pets, you see how big an issue it is. After all, abandoned animals will reproduce at least once per year.

Abandoning a pet is practically the same as killing it. It’s very unlikely that the animal will find their way back home. Ultimately, they end up on the street or in a shelter along with hundreds of other abandoned animals in the same sad condition as them.

Another sad reality in many countries is that abandoned dogs die in the cruelest possible ways. Electrocution, gas, incineration and poisoning are used to “get rid” of them.

Why some people abandon their pets

There are many reasons that people abandon their pets. Maybe we will be able to understand why there are so many dogs on the street when we look at the possible causes:

Some pets have health issues and need expensive treatment that the family may be unable to afford. Sometimes the owner doesn’t have the time to take care of them, either.

A destructive, dangerous, disobedient, or unstable dog is more likely to be abandoned than a calm, obedient, and harmless one. But usually, when the animal is not the “perfect” pet, it’s simply a lack of training and patience.

Keeping an animal healthy can be very expensive, since the prices of food and healthcare are high. Therefore if a pet owner is unemployed or in debt, they may abandon their pet.

Relocating from a house to a smaller place may lead some individuals to abandon their pets, especially if they are large dogs, for example.

You’re more likely to find older dogs abandoned than puppies. Why? Because they’re no longer “fun and cute”; instead, they need extra care and attention.

There is nothing worse than giving a child a puppy as a gift. Why? The reason is simple: a child feels like the puppy is merely a toy, so they’ll soon grow tired or bored of him. Since the child no longer pays attention to the pet or feeds it, the parents may decide to abandon it.

Illness or death of the owner

Many times, when an older person dies or hospitalized, the family members don’t know what to do with their pets. A lot of times they decide to leave the pet to die, even if they have been with the family for many years.

Birth of a child

When a couple doesn’t have any children, they usually treat the dog like a baby. But when the family grows, the couple is no longer interested in the pet and will most likely leave it on the street.

Did you know that many animals are abandoned in the summer? Some people simply don’t want to take their dogs to a kennel or leave them with a family member. Instead, they decide to abandon them.

Not spaying a female dog is a big problem. When the puppies come people may not know what to do with them. Instead of giving them up for adoption, some decide to abandon the puppies along with their mother. The street is a hard place for young animals.

Many people use dogs as a money-making venture, whether in races, fights, or breeding. This makes the animal a source of substantial income. When the dog gets old, sick, or can no longer have puppies, they’re left on the street or abandoned.

For these reasons and more, having a pet is a serious responsibility. Let us take this opportunity to remind you that deciding to adopt a dog is not a decision to be taken lightly.

There are many people and groups that help these animals. They feed them and neuter many. The problem is it never ends. We must start at the root of the problem whıch are the online sales, pet shops, puppy mills, and stupid people.