Tanzania Bans the Slaughter of Donkeys for their Skins THINK Jul 1, 2022

The East African nation joins multiple other countries that have prohibited the slaughter of donkeys and/or the export of their skins, including Ghana, Benin, and Nigeria.

Millions of donkeys are slaughtered for their skins and exported every year to meet the demand for ejiao - a gelatin-based ingredient, made from boiling the hides of donkeys, and used in cosmetics, candy, and traditional Chinese medicine.

Around 4.8 million donkey hides are required to satisfy the global demand for ejiao, resulting in steep declines of donkey populations around the world, particularly across Africa. In fact, if the current pace continues, more than half of the world’s donkeys would need to be slaughtered in the next five years to meet the demand for ejiao.

In a budget speech to Parliament, the Hon. Minister noted that Tanzania’s current donkey population is estimated at 650,000 but recognised the risk of donkeys becoming extinct.

Ian Cawsey, Director of Policy, Advocacy and Campaigns at The Donkey Sanctuary, called the move “a major victory”.

“The rejection of donkey slaughter by Tanzania adds a powerful voice to the growing number of countries declaring their donkeys are not for sale for slaughter,” he added. “It means that the 650,000 donkeys in a country, which support millions more people, will no longer be at risk of slaughter for their skins.”

The Suffering Behind The Donkey Skin Trade

Investigations have uncovered rampant abuse surrounding the donkey skin industry. The animals are transported to slaughterhouses in cramped vehicles with no food or water. As a result, many fall sick or suffer injuries en route, and pregnant jennies often abort their fetuses. Those who do not starve or succumb to dehydration during the traumatic journey are violently killed at the slaughterhouse.

An investigation by People for the Ethical Treatment of Animals (PETA) Asia revealed that donkeys in China “are bashed in the head with a sledgehammer and their throats slit”. Meanwhile, in Kenya, undercover footage showed donkeys being violently beaten - with virtually no regulations in place to protect the country’s animals on farms or in slaughterhouses.

The demand for donkey skins has also led to a rise in donkey thefts. This proves a huge problem for farmers who rely on donkeys for transport, domestic work, and milk.

“I hope that other African countries, including South Africa, Botswana and Egypt, who allow the trade to operate, will reconsider their support for donkey slaughter and make similar moves to protect their national donkey populations for the benefit of their citizens,” said Cawsey. 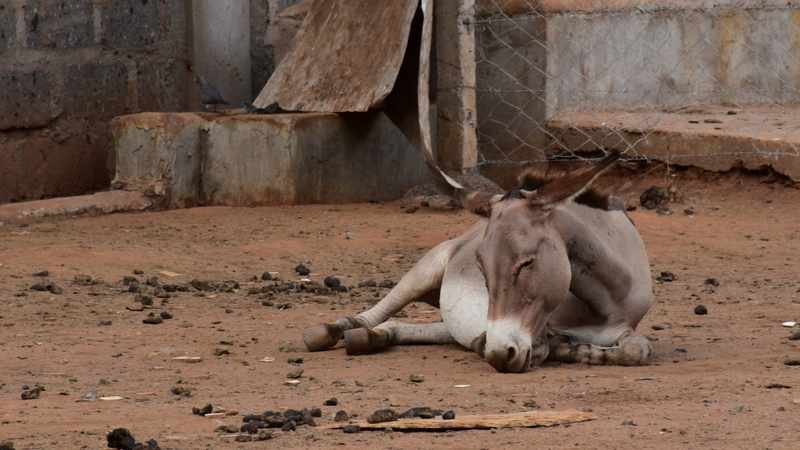 Despite nationwide bans across some countries, the trade is still happening under the radar, with donkeys considered the most trafficked animal in the world. A recent report by The Donkey Sanctuary revealed that social media networks, including Facebook, Twitter, Instagram, and YouTube, are facilitating the illegal donkey trade, with traders in countries where the sale of donkey skin is banned are openly disregarding the law and moving from platform to platform to avoid being caught.

“By cracking down on the sale of donkey skins on their platforms, e-commerce and social media sites will not only prevent considerable cruelty to donkeys but also help eliminate the other criminal activity that is taking place alongside it and support thousands of families who rely on their donkeys to survive,” states the report. 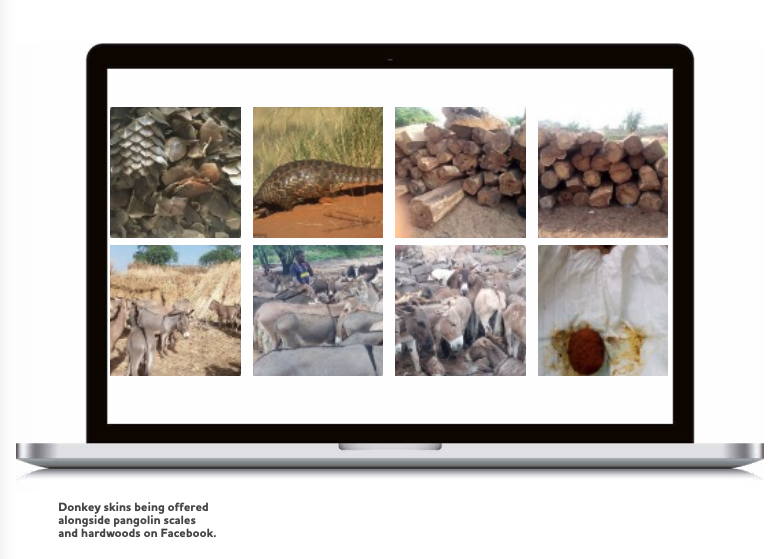 The United States is playing a major part in the trade too. America is the third-largest importer of ejiao from mainland China, after Hong Kong and Japan, importing an estimated $12 million worth of donkey skin gelatin every year.

What Can You Do?

Species Unite has been working to shine a light on and rally strong opposition against the donkey skin trade through our hard-hitting petitions and content - the more global attention this issue gets, the more chance we have of ending the trade for good.

As a prominent driver of the global trade in ejiao, American consumers have a responsibility to educate themselves and others about this devastating industry and to help combat it. A bill to ban the import of donkey skin gelatin has been introduced in Congress. H.R. 5203 - The Ejiao Act, amends the Federal Food, Drug, and Cosmetic Act and bans the knowing sale or transport of ejiao made using donkey skin, or products containing ejiao made using donkey skin, in interstate or foreign commerce. In an interconnected world where supply is based on demand, we can make a difference here in the United States to help put a stop to this horrific international trade once and for all. Please join Species Unite in calling on Congress to pass the Ejiao Act by signing this petition.

We have been calling for the Kenyan government to reinstate its ban on the slaughter of donkeys. The country announced the ban in 2020, but this was overturned just a few months later. You can add your name to the petition here.