These Robo-Fish Could Help Save The Oceans From Microplastics June 28, 2022

Plastic debris is littered across the earth, flowing into oceans, rivers, and lakes, and choking the marine life that lives there. An estimated 11m metric tons of plastic make their way into the oceans each year, with that number only expected to triple by 2040. Microplastics are tiny plastic particles that come from these bigger pieces of debris, often commonplace items such as synthetic clothing, car tires, and water bottles.

As well as causing a devastating amount of damage to animals and the environment, these microplastics can also impact humans, entering the body via food, water, and even the air we breathe. Microplastics have been detected in human blood and organs, with scientists urgently calling for more research into the effects they may have on human health. 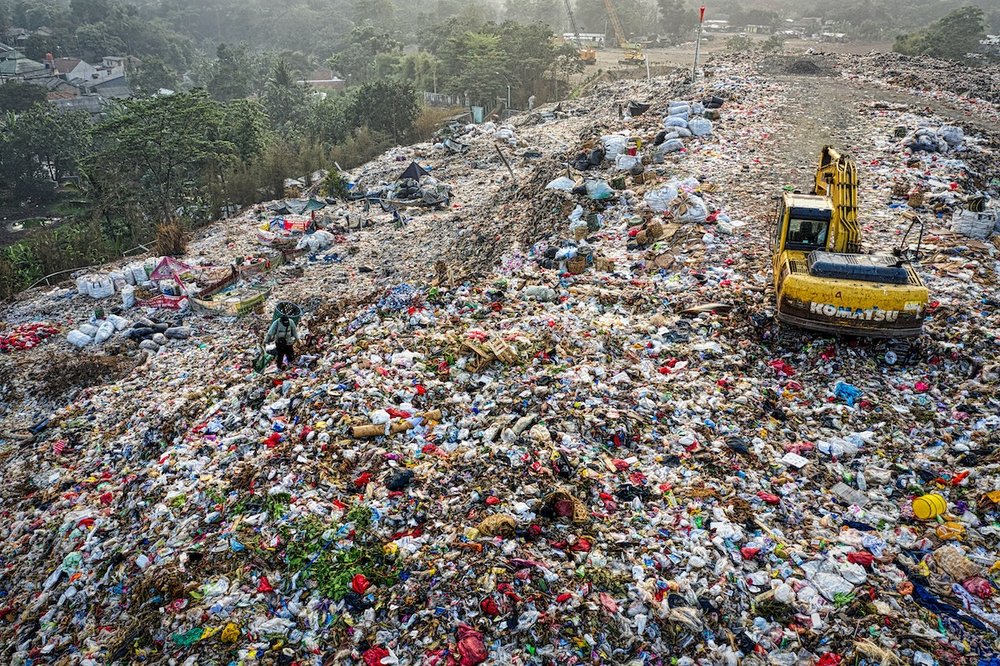 Now, a fish-like robot that can gather these tiny pieces of plastic from the ocean has been developed by scientists at Sichuan University in China. The new research was published in the journal Nano Letters this week. At just 13 millimeters long, this new bot could offer a promising solution to the increasing microplastic pollution building up in our waterways.

“It is of great significance to develop a robot to accurately collect and sample detrimental microplastic pollutants from the aquatic environment,” study co-author and Polymer Research Institute of Sichuan University researcher Yuyan Wang told The Guardian. “To the best of our knowledge, this is the first example of such soft robots.”

The robo-fish can ‘swim’ at almost 30mm per second - about the same speed as active phytoplankton moving in water - due to a light laser system on its tail that rapidly flicks on and off, causing the tail to flap, propelling the fish forward. As it moves around, it collects and absorbs microplastics on its soft, self-healing body.

Typically, soft robots are made from hydrogels and elastomers, which can break easily when underwater. To combat this challenge, scientists took inspiration from nature by studying nacre, also known as mother-of-pearl, a strong and flexible material found on the inside surface of clam shells. The team produced a similar material by layering nanosheets of molecules according to nacre’s specific chemical gradient, which they then used to form the tiny robo-fish.

The bot can absorb polystyrene microplastics, including those that have fallen into cracks and crevices, from aquatic environments and transport them elsewhere. They can also be used by scientists to conduct additional research. “After the robot collects the microplastics in the water, the researchers can further analyse the composition and physiological toxicity of the microplastics,” Wang told The Guardian.

According to researchers, the innovative material is also able to heal itself from damage and cuts to 89 percent of its ability. This makes it the ideal tool when it comes to searching for microplastics in harsh environments.

More work is needed before the robo-fish can be released into the world’s aquatic environments. At the moment, it can only ‘swim’ at the surface of water, but Wang and her team will soon be developing the concept so that it can venture deeper.