Pet turtles purchased online have given 15 people salmonella in 11 US states, according to the Center for Disease Control (CDC).

Usually, more common sources of infection are through food, like raw chicken, but this time it’s contact with mini reptiles that has led to an outbreak.

People infected with the bacteria develop diarrhoea, fever and stomach cramps within six hours to six days of being exposed. The illness lasts between four to seven days and most of those infected this time were children.

After speaking to ill people and doing laboratory tests, the CDC determined that turtles bought from the internet with shells less than 4 inches (10cm) were causing the infection.

The sale of these tiny reptiles as pets was banned in the US more than 40 years ago because they were known to spread salmonella through their droppings, water from their tanks or even simply people touching them and not washing their hands. In the early 1970s, there were an estimated 280,000 infections every year, mostly in small children.

Most of the people involved in the current outbreak reported that they had bought the turtles online - despite the federal ban on the sale of these animals as pets. Over half purchased them from the same website.

And this time around, the CDC suspects that the outbreak is actually larger than the number of reported cases.

Many people don’t seek medical help for a salmonella infection and so can’t be tested for the bacteria. Bad cases can be life-threatening so you should call your healthcare provider if you experience severe symptoms. 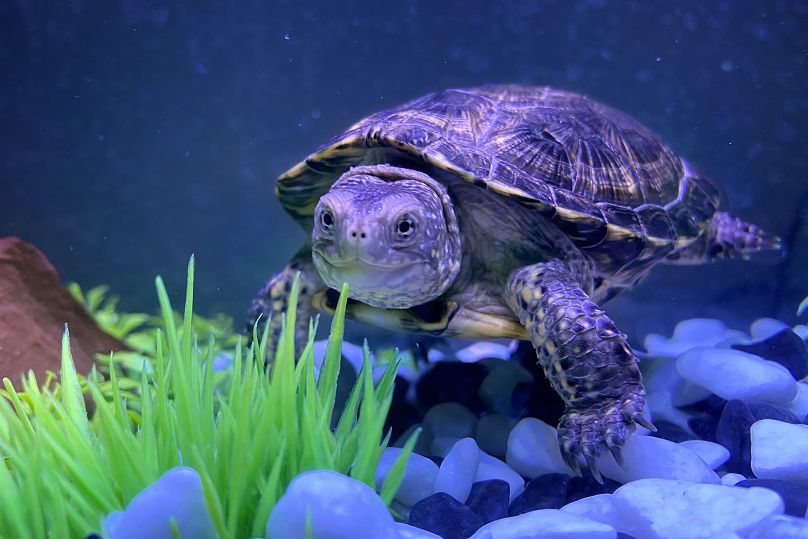 Pet turtles should be handled with care to avoid infection.Unsplash

What can you do to prevent getting salmonella from your pet?

The CDC says people should only buy turtles with shells longer than 10cm and to make sure they are getting them from reputable pet stores or rescues.

If you already have a pet turtle, you should always wash your hands after touching, feeding or caring for it. You also shouldn’t kiss, snuggle or eat around these pets.

If you already have a pet turtle, you should always wash your hands after touching, feeding or caring for it. You also shouldn’t kiss, snuggle or eat around these pets.

Adults should take extra care to make sure that young children are taking proper hygiene precautions.