The 100-pounder tusker is the largest elephant to be hunted in Botswana since 1996, according to contributors on AfricaHunting.com. The professional hunter involved is Leon Kachelhoffer and the elephant was hunted in the area known as NG13 (see map below). The location of the hunt is significant – refer to the closing discussion below.

Editorial note: We contacted Leon Kachelhoffer with the following request: “In the interests of transparency and accurate reporting, could you answer a few questions? We would like to clarify the nationality of your client, the total amount paid by the client and how that amount is distributed to the various suppliers and communities.”  He responded by advising us that he is “a bit busy at the moment”. We will update this post if he does come through with the requested information 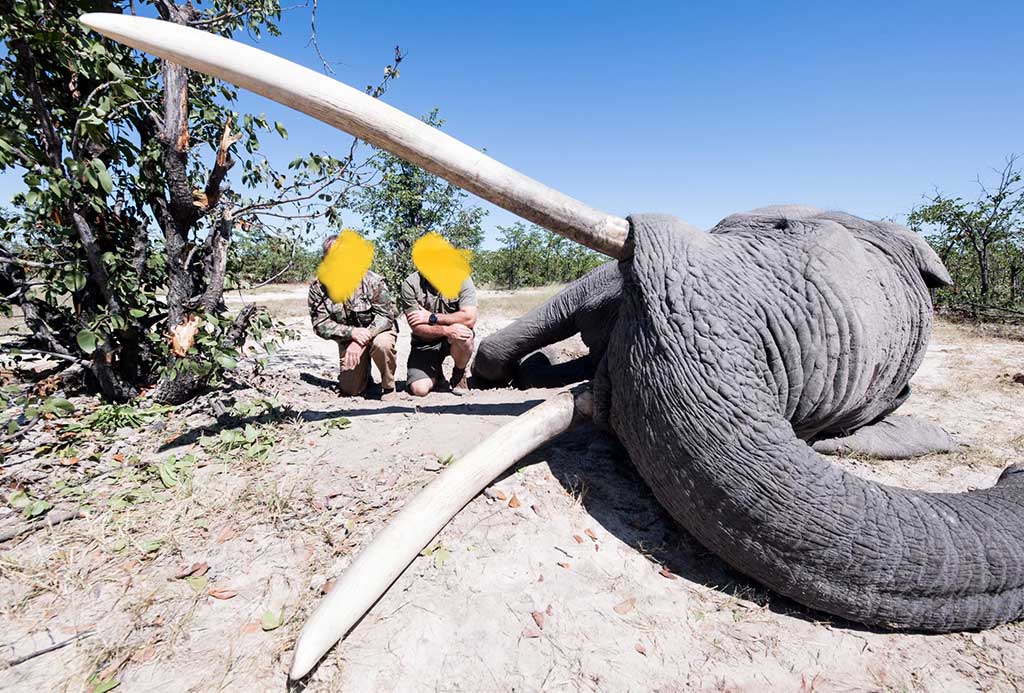 The 100-pounder tusker recently hunted in NG13, northern Botswana. Faces have been obscured for legal reasons – in accordance with privacy and defamation laws. 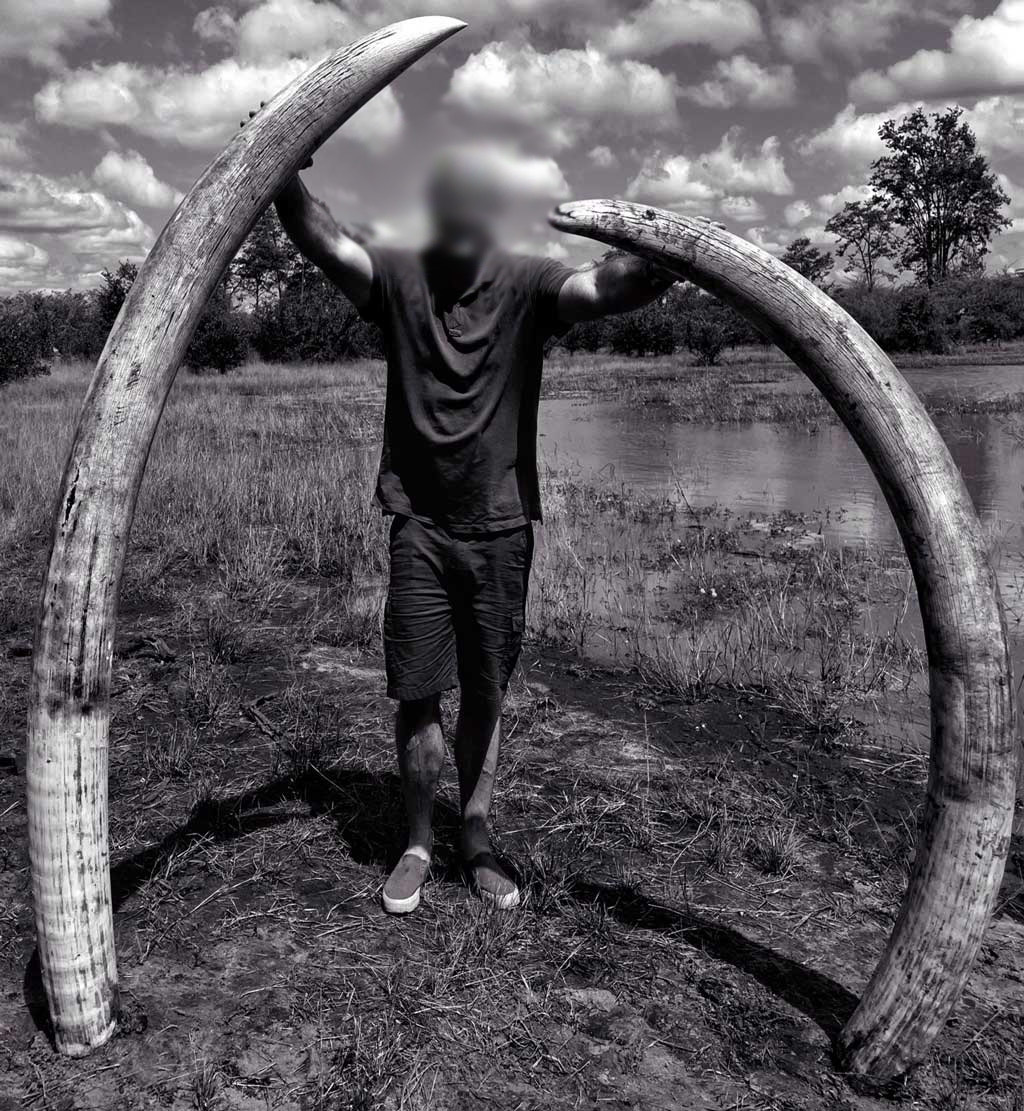 The hunted elephant’s tusks weighed 201.3 pounds combined. Faces have been obscured for legal reasons – in accordance with privacy and defamation laws.

The 90-pounder (estimate provided by AfricaHunting.com) was recently hunted by Johan Calitz Safaris, also in northern Botswana. At this stage, we have no further information about this elephant. 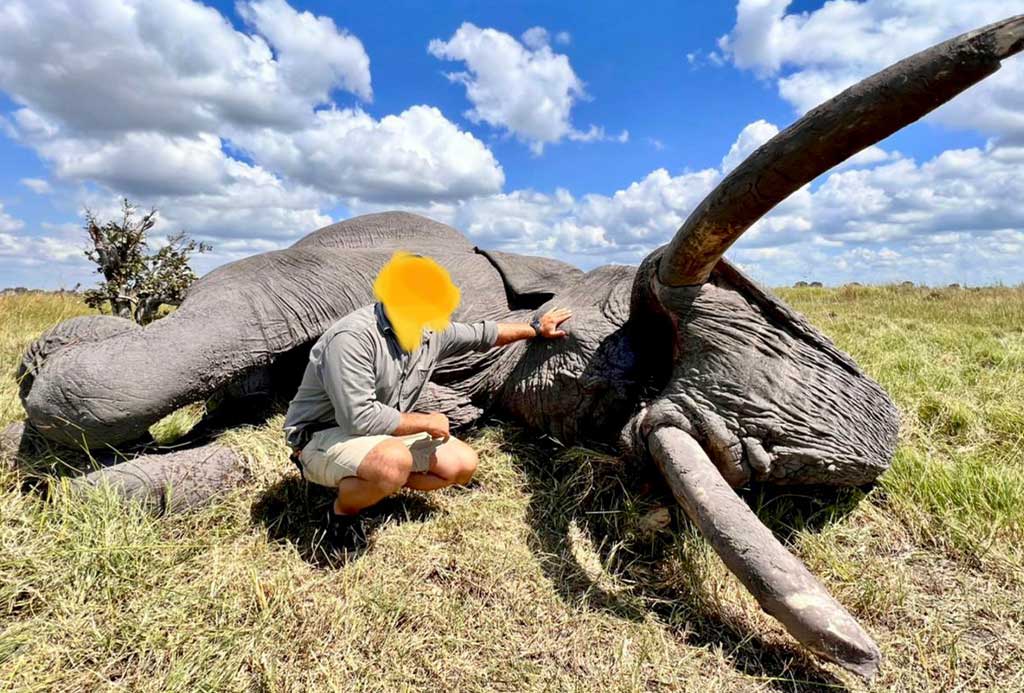 90-pounder elephant hunted recently in northern Botswana. Faces have been obscured for legal reasons – in accordance with privacy and defamation laws.

Botswana hosts the largest fluctuating elephant population in the world, largely because of historically sound conservation practices and a dominant photographic tourism industry. Elephants migrate seasonally across much of southern Africa (particularly in the Kavango-Zambezi Transfrontier Conservation Area – KAZA), with Botswana and Zimbabwe hosting the largest fluctuating populations. These elephant migrations are increasingly obstructed by human settlement, farms, mining, major roads, fences and other man-made obstacles – forcing free-roaming elephants into reduced areas. ‘Fear zones’, where elephants are persecuted by farmers and/or trophy hunters, also dictate elephant movements and stress levels. Read this research for more information about the impact of trophy hunting on elephant movements.

Human-elephant conflict occurs in areas where humans and elephants compete for land and water – and many rural human lives and livelihoods are lost in the process. This is a major concern and focus area for African governments, and the Botswana government is no exception. Ecosystems, where elephants congregate in increasing numbers near water during the dry winter months because of the above pressures, are also suffering as elephants denude these areas of tree cover. 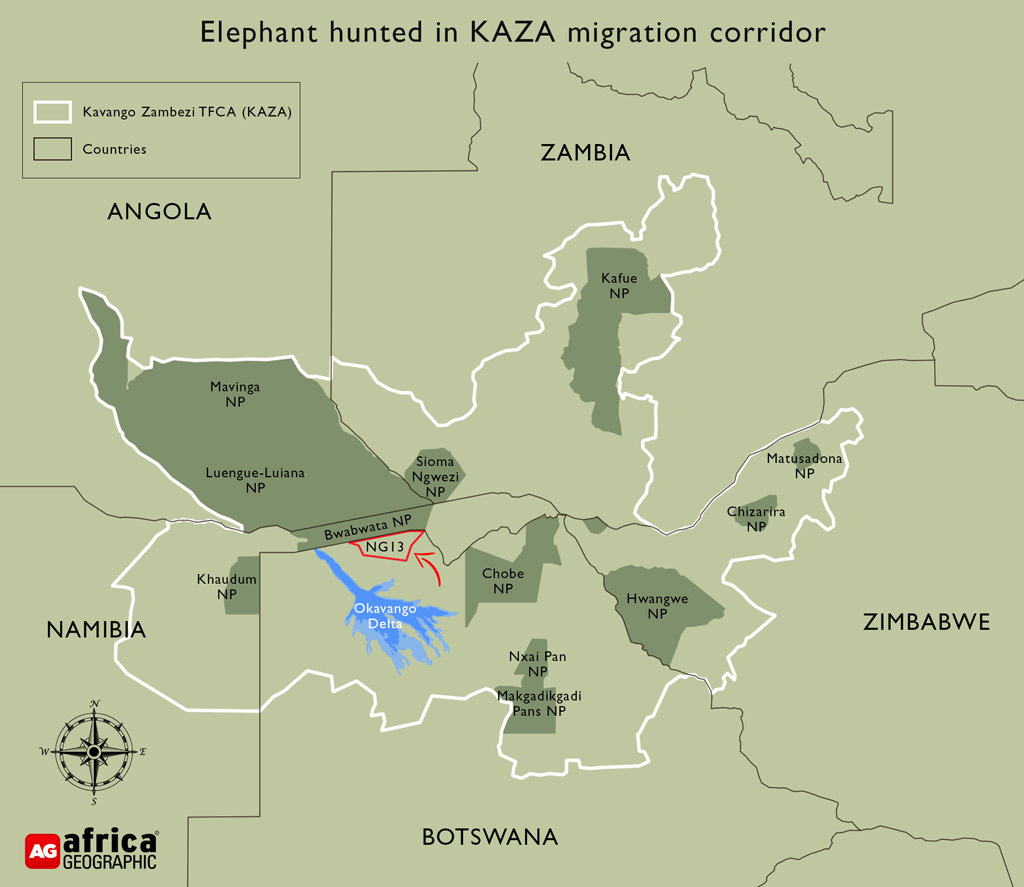 “The 100-pounder hunt took place in NG13 – which is in the elephant migration corridor that KAZA hopes will help reduce human-elephant conflict. Angola and Zambia have large tracts of suitable elephant habitat and the KAZA strategy is to ensure that wildlife migration corridors remain free of obstacles and fear zones – so that elephants can again move freely between the KAZA countries and place less pressure on Botswana’s people and ecosystems. The location of this hunt pegs NG13 as a ‘fear zone’ (see research link above) for elephants – resulting in this particular hunt being damaging to Botswana’s wish to reduce human-elephant conflict and so improve the lives of its people.

The surgical removal of Africa’s remaining large-tusked elephants by trophy hunters will not solve any human-elephant conflict or habitat issues. The volume of elephants hunted is not sufficient to reduce elephant populations. Instead, the likely result of the selection of large-tusked elephants as trophies will be to hasten the disappearance of tuskers from the African landscape.”