US Trophy Hunter Exposed After He Paid $30,000 To Kill Lion

The 12-year-old animal reportedly suffered for 24 hours after being shot with a bow and arrow. 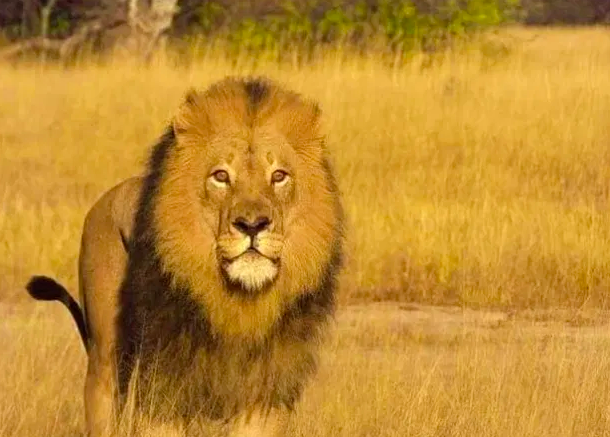 An American big game hunter, Phillip Smith, has been named as the killer of a 12-year-old lion in Zimbabwe, according to animal rights activists.

The 46-year-old physical therapist from Missouri paid $30,000 to slaughter the lion named Mopane with a bow and arrow earlier this month. The animal reportedly suffered for 24 hours before dying.

Mopane was a favorite among residents of the Hwange National Park, as well as international tourists who visited the area to catch a glimpse of him. It is believed that the lion was lured outside of the protected area of the park using bait before being shot by Smith. While trophy hunting is legal in Zimbabwe, it is banned in national parks.

Smith was reportedly joined by Dennis Nyakane, a professional hunter and guide of South Africa hunting operator Chattaronga Safaris. Mopane's killer and another tourist had allegedly shot a leopard earlier in their trip.

Typically, a 15-day big game hunting safari costs between $30,000 to $40,000. 24 of the 62 lions tagged by Oxford University researchers in Hwange National Park over a five-year period in the early 2000s have since been killed by trophy hunters.

“The perverse pleasure some people derive from killing iconic animals brought this noble lion’s life to a tragic end,” said Kitty Block, president and CEO of the Humane Society of the United States. Another trophy hunter spending tens of thousands of dollars on a globe-trotting thrill-to-kill escapade shows humanity at its worst. It is shameful that the U.S. has the distinction of being the world’s biggest importer of hunting trophies. Enough is enough.”

The news comes six years after the death of Cecil the lion who was slaughtered by another U.S. hunter just yards from where Mopane was killed. 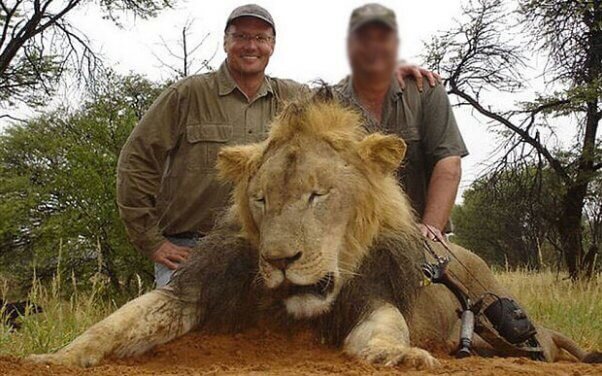 Cecil the lion was killed in a national park in 2015 by US dentist, Walter Palmer

Like Cecil who headed up a lion pride, Mopane was a dominant pride leader at the time of his death. He leaves behind two lionesses and six offspring of about 16 to 18 months old in the Somadada pride, and two other lionesses and two six-month-old cubs in Gululava Pride.

There are now concerns around what will happen to the two prides in light of Mopane’s death, according to Block: “Mopane was a father and played a significant role in his pride. Without him, his pride is now vulnerable to takeover by another male or group of males, which may lead to the killing of the cubs and females in his pride.”

Lions are classified as “vulnerable”, according to the Worldwide Fund for Nature, with only approximately 20,000 adult lions left in the wild in Africa.

Between 2009 and 2018, 7,667 lion trophies were traded internationally, including into the U.S. and the European Union.

According to a report by The Washington Post, it could take years for Biden to restore wildlife protections erased by Trump.