Why Is The U.S. Slaughtering Wolves?

A relatively hushed tragedy is unfolding in the wilderness across the United States. Masses of gray wolves are being slayed in Western states including Idaho, Montana, and Wyoming, threatening to undo decades of conservation that brought the species back from the brink of extinction.

In 2020, the Trump administration delisted wolves from the endangered species list, paving the way for a host of new state laws and bills engineered to decimate wolf populations by any means necessary. The new law applied to the lower 48 states, where there were around 6,000 wolves remaining. The regulations were so aggressive that even many pro-hunters voiced concerns. In the months that followed, new legislation set in motion the widespread, practically unrestricted killing of wolves. When the new regulations came into play, Wisconsin launched a wolf hunt where hunters with dogs proceeded to slaughter 218 wolves (20% of the population) in just three days, exceeding the quota by nearly 100 animals. Last Spring, Idaho signed into law what conservationists considered a ‘death warrant for wolves’. For the first time, hunters could kill as many wolves as they liked, with trappers able to operate all-year round on private property. Aided by the use of night-vision goggles, silencers, snowmobiles, and helicopters, hunters could pursue a number of killing methods, including trapping and baiting the wolves. In addition, it was now legal to approach dens and shoot dead mothers and their pups. The wolves - highly advanced apex predators - didn’t stand a fighting chance, and some hunters criticized the methods for violating the concept of “fair chase”.

At the time, wildlife groups condemned the administration’s move to delist wolves from the endangered species list and mounted a legal challenge. Over one hundred scientists and scholars also signed an open letter to the Trump administration, urging it to protect wolves. And by fall 2021, the U.S. Fish and Wildlife Service had begun a year-long status review of whether gray wolves should have their safeguards restored on an emergency basis. By this time, twenty-one U.S. senators, around sixty conservation groups, and over eight hundred scientists, all supported new protections. Numerous Tribal nations also called for the Biden administration to honor treaty and trust obligations that require consultation with the Tribes on protection and management of gray wolves. In February of this year, a federal judge restored federal protections to wolves in 44 U.S. states. However, protections were not restored to wolves in the Northern Rocky Mountain Region where over 80% of the slaughter occurs - nearly 1,000 wolves were hunted down in these states in the last year alone. 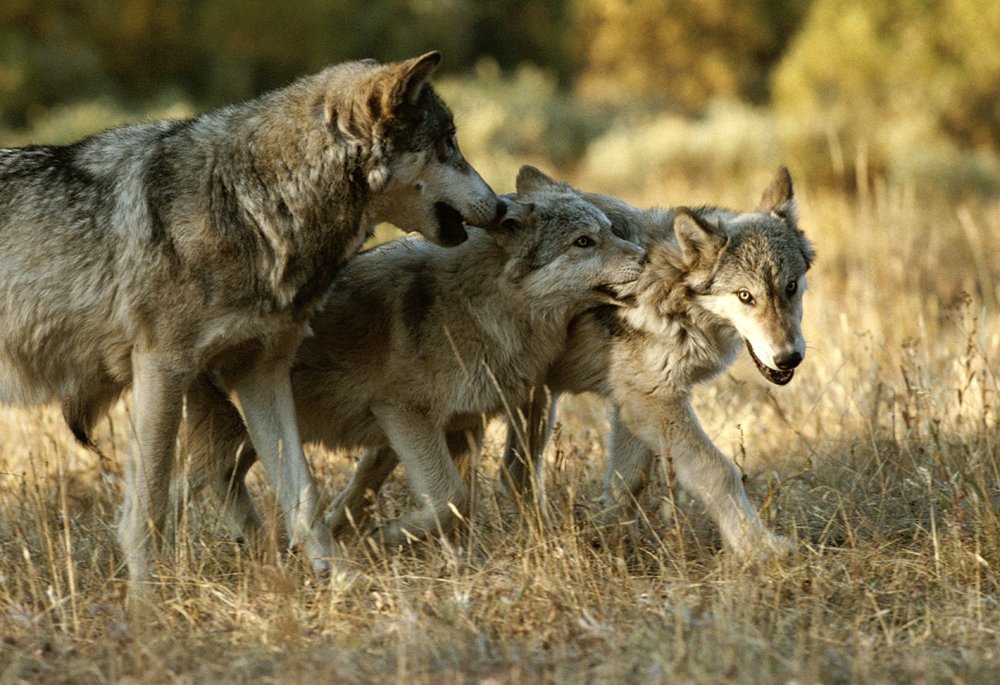 For generations, the gray wolf has been subject to persecution, with the flames of the massacre fanned by supporters of the livestock industry. In colonial days, when Europeans arrived in America, the bison population - wolves’ main prey - was decimated and replaced with animal agriculture. With the wolves deprived of their major food source, they occasionally turned to cattle and sheep. What followed was the start of the villainization of these complex, intelligent animals that is still woven into the fabric of America today. The first wolf bounty was passed by the Massachusetts Bay Colony in 1630 and since then wolves have been the focus of intense extermination efforts via cruel methods such as trapping and poisoning. Fast-forward to the 1920s and ‘30s and more than 21,000 wolves were being slaughtered every year. By the end of the decade the species had been practically wiped out in the Western United States.

In 1974, the Endangered Species Act was passed and just one year later, the U.S. Fish and Wildlife Service granted the gray wolf protection under this legislation. Eventually, in 1995, conservationists reintroduced wolves back into Yellowstone National Park and eastern Idaho and slowly but surely, numbers recovered to the point where the species was able to be delisted in the Northern Rocky Mountains (Idaho, Montana, and Wyoming). However, in 2020, when wolves were delisted nationwide (in the rest of the lower 48 states), states like Idaho and Montana were emboldened into passing legislation that triggered the violent massacre that is happening now.

All of the bills approved in these states have strong backing from two particular parties: animal agriculture groups worried about livestock and hunters, and trappers who think that wolves reduce the number of elk. However, such concerns are scientifically unfounded. In Idaho, the cattle industry alone is worth more than two billion dollars. Of the 2.5 million cattle and sheep residing in the state, only 173 were killed last year by wolves. On top of that, ranchers are reimbursed by the state for every animal killed.

So why is there such uncontrollable hatred for wolves that hunters are gleefully mowing them down from vehicles and blasting them with bullets from helicopters in the sky? “It's really difficult to explain because it doesn't come from a point of reality,” says filmmaker and wolf advocate Jamie Dutcher who spent six years in the ‘90s living with and filming a pack of wolves called the Sawtooth. “The reality is that wolves account for less than 1% of all livestock predation and the majority of livestock are on the open range, which is owned by all of us, not ranchers, and you have other issues, such as lightning strikes, illness, other predators, domestic dogs, weather, animals being hit on the highway, which all account for more livestock loss than wolves.”

As for wolves supposedly killing off all the elk, numbers are in fact holding steady. “Wolves hunt to sustain themselves and the idea of wolves hunting for sport is ridiculous,” says Dutcher. “Wolves and their prey have lived together forever, and wolves have never decimated the populations. What’s going on now is a senseless slaughter for no reason.” 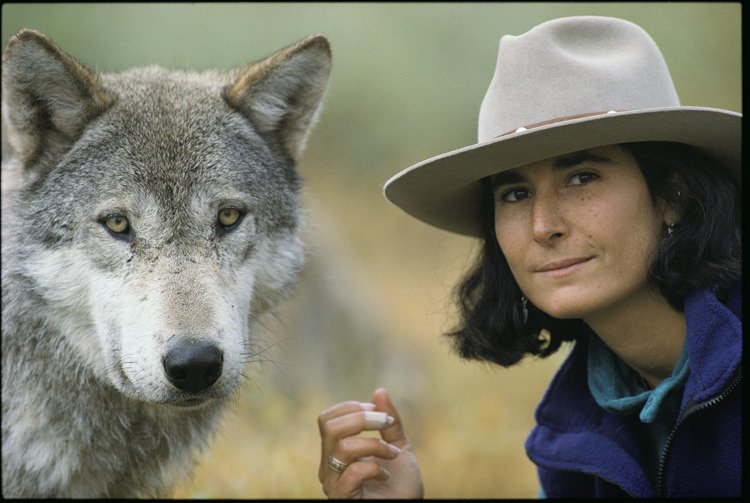 Jamie Dutcher, who lived with wolves for six years. Credit: Living with Wolves

What Can Be Done?

The situation is dire, but it’s not too late. Wolves, for the most part, are living on public lands (land that is owned by everyone in the country) which means that you have a say no matter what state you are from. “You really have to be vocal to the federal and state governments by flooding them with letters they don’t want to see,” says Dutcher. “Writing letters really does help. Writing the Interior Department, writing Deb Haaland, writing Joe Biden - they need to hear what people really think, because it’s an American minority that are anti-wolf.”

Rick Lamplugh, a wolf advocate and author, says that to protect wolves, “we must transform our culture from one of wolf hatred to one of wolf respect”, but until that happens, wolves need federal protection. This is a sentiment mirrored by Dutcher: “Put wolves back on the endangered species list for the short term until they can get a better protection plan not only for land but for other predators - a Predator Protection Act - so that they’re not treated as vermin, but as proper functioning pieces of a healthy ecosystem, that’s the only way we are going got get anywhere.”

Help get wolves in the Northern Rockies relisted by signing our urgent petition to Deb Haaland here.

Over the next few weeks, the Species Unite podcast is releasing our War on Wolves series. We will be speaking with wolf experts, photographers, and conservationists to discover what we can do to stop this madness before it’s too late. The first episode with Jim and Jamie Dutcher, listen to learn more about their incredible work for wolves here.