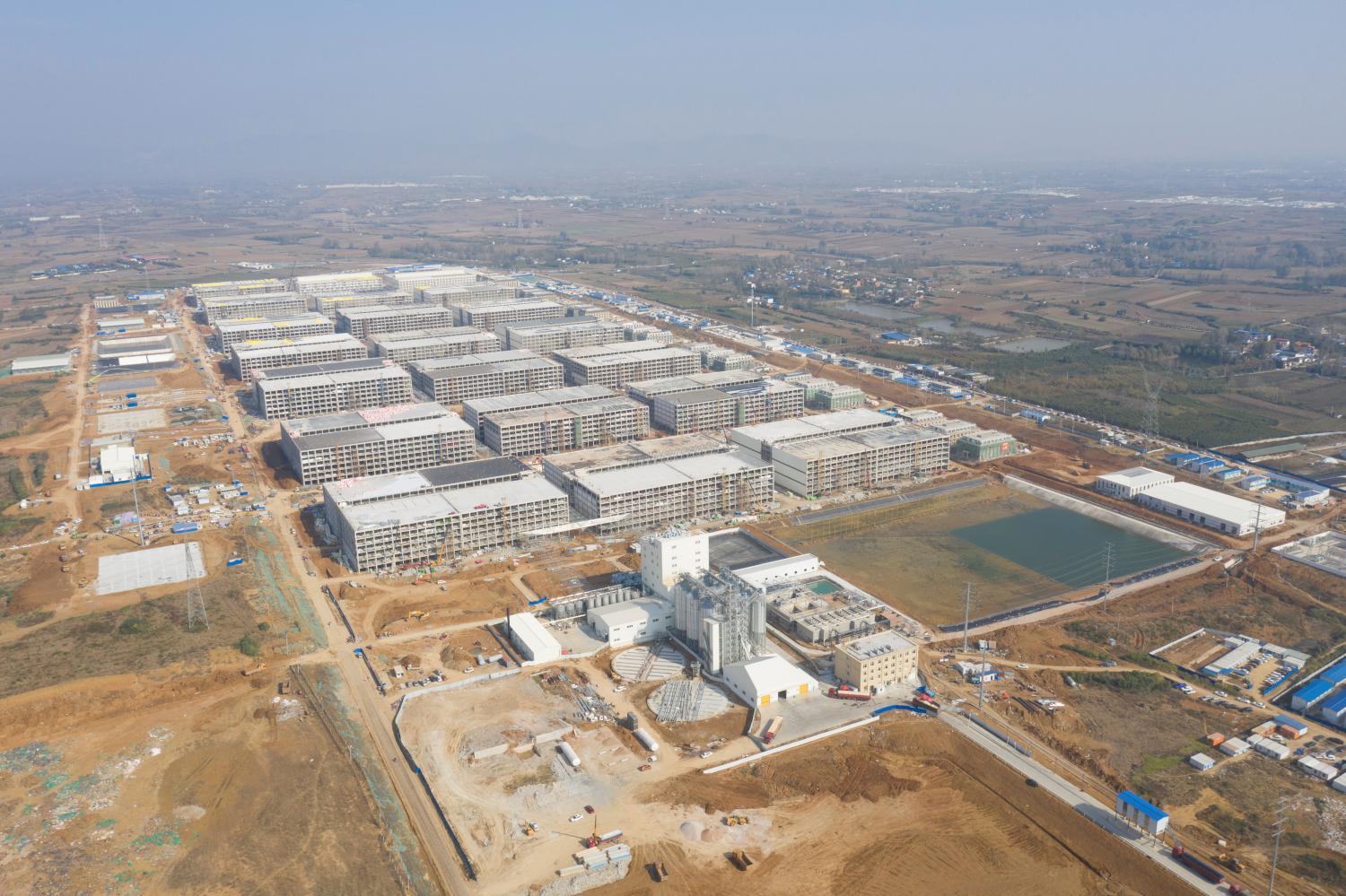 NANYANG, China: Behind the walls of a hulking industrial compound in rural China, top pig producer Muyuan Foods Co Ltd is trying to raise more hogs on a single site than any company in the world -- a risky investment with deadly African swine fever lingering.

The new farm, which began construction in March and started operations at the first of its 21 buildings in September, epitomises the breakneck pace at which huge, industrialised hog breeding facilities are replacing small, traditional farms, many of which were wiped out by the worst animal disease outbreak in recent history.

The shift, under way for years, has accelerated sharply, fuelled by huge profits at corporate producers since African swine fever ravaged the country's herd and sent pig prices soaring to double the previous record.

Corporate farms weren't spared by the epidemic, but as prices jumped, they quickly recouped their losses. Muyuan's profits grew 1,413% in the first nine months of 2020 to 21 billion yuan ($3.21 billion).

"We have hit a very favourable period for development. Pig prices are very high, our profits are really good, and cash flow is really ample," Qin Jun, Muyuan's vice general manager, told Reuters at the company's headquarters in Nanyang city in central China.

In the race to take share, companies like Muyuan are designing higher-density automated farms, betting they can keep disease out while increasing efficiency to satisfy the country's huge appetite for pork.

Muyuan's new mega farm near Nanyang, which will eventually house 84,000 sows and their offspring, is by far the largest in the world, roughly 10 times the size of a typical breeding facility in the United States.

If it works as planned -- and other producers follow suit -- the world's top pork consumer could reduce purchases from the global market, upending a booming meat trade that has supported farmers across the world.

With piles of cash, Muyuan and others are building bigger and faster, aiming to grab market share while the sector rebuilds.

"Muyuan will spend about 40 billion yuan this year on new pig farms,'' Qin said, about eight times what it spent two years ago, and roughly double the capital automaker Tesla Inc is projected to spend.

"It has an experimental element," he said of the three billion yuan farm.

"We will employ fewer people and use more technology," Qin said, pointing to "intelligent" feeding systems, manure cleaning robots, and infrared cameras to detect when pigs have a fever.

High-rise facilities are increasingly popular in China amid a scarcity of suitable land. Though corporate producers have an edge in winning land deals with local governments thanks to their clout and promises to create jobs by building slaughterhouses too, Muyuan recently attracted controversy for planning 55 pig farms on 1,000 hectares of Henan's cropland.

Qin says the issue is resolved and the firm has already leased land to produce 80 million hogs.

The mega farm can house five times as many pigs as a regular farm on the same area. Its density carries huge risk, however, with diseases including the swine fever virus still circulating in China, and no vaccine or cure available.

Muyuan says it has overhauled its production process since the swine fever outbreak. Grain for feed is sterilised before being piped into the on-site feed mill from outside, avoiding possible contamination of the farm by trucks.

Inside the pig housing, air is filtered, and thermal imaging cameras are being trialled to check pigs' body temperatures. To protect the farm's biosecurity, Reuters was not given access to the farm.

"The new measures are impressive as long as they are managed properly,'' said Michael Ellerman, vice general manager at Aspire, a Suzhou-based pig farm consultancy.

Ellerman and Qin both said staffing the high-tech facility could be tricky. Many of Muyuan's more than 50,000 new hires are inexperienced.

That will be a growing worry as pig prices fall. Production costs across the industry are still much higher than before the swine fever outbreak, but output is lower because of a shortage of breeding pigs.

"The risk is that prices could fall below cost. If prices fall below 20 yuan [per kilogramme] next year, some big companies are going face losses," said Xiao Lin, an analyst at Shenzhen-based Win & Fun Investment.

Muyuan's costs are lower than most, at just over 14 yuan per kilogramme in the third quarter, it says. More automation could lower costs further.

But a disease outbreak would undo any gains.

"At the moment they're okay if there's some losses in the herd [because of the high prices]," said Pan Chenjun, senior analyst at Rabobank. "But the risks are rising."