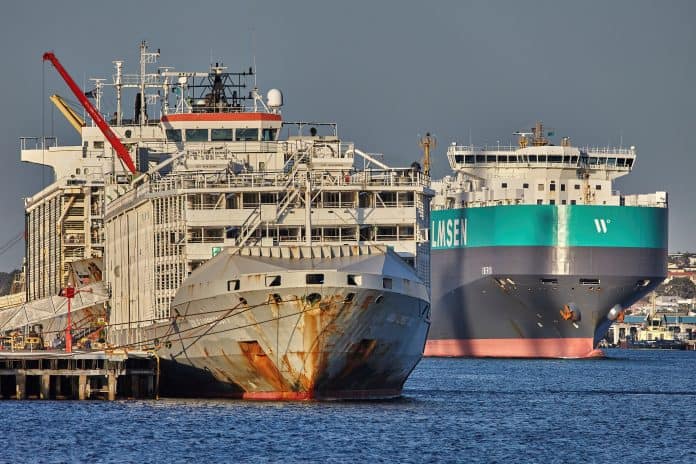 A ship carrying almost 6000 young cows against their will from New Zealand to China has capsized in stormy weather in the East China Sea, the Japanese coastguard said on Thursday. So far, no animal has been rescued.

The ship Gulf Livestock 1 sent a distress call from the west of Amami Oshima island in southwestern Japan on Wednesday as Typhoon Maysak passed the area with strong winds and heavy seas.

One of the 43 crew members was rescued. According to him, the ship lost an engine before it was hit by a wave and capsized, a coastguard spokeswoman said.

The ship departed New Zealand on the 14th of August, with 5867 cows on board. After 17 days, they were supposed to arrive in China.

The animals were being forced on the ship by the company Australasian Global Export, based in Australia. They’re one of the biggest exporters of live animals.

New Zealand’s Ministry for Primary Industries (MPI) said it has temporarily suspended applications for live transport of animals after the ship capsized.

“These cows should never have been at sea,” New Zealand’s animal rights organization SAFE said on their website. They said the disaster showed the risks of the live animals export trade.

“This is a real crisis, and our thoughts are with the families of the 43 crew who are missing with the ship. But questions remain, including why this trade is allowed to continue,” SAFE continued.

They call on Prime Minister Jacinda Ardern for an end to all live transport.

This year, more than 46,000 cows have been transported from New Zealand to China. China uses the animals for its dairy industry.

In 2019, thousands of animals died on ships that left New Zealand and Australia.