153 investigations on violence against horses in France: no firm leads 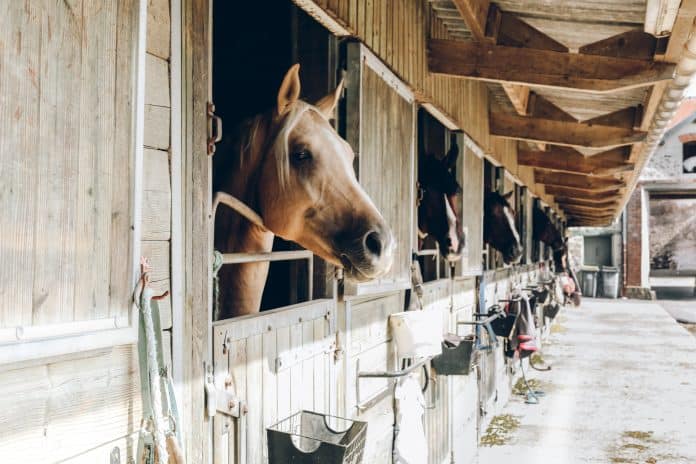 French police released a man suspected of an attack on three horses in the central department of Yonne on Tuesday. He matched an image that was circulating but had nothing to do with the attacks.

According to Interior Minister Gerald Darmanin, 153 investigations have been opened in France into cases of violence against horses.

Horses have been found with their ears cut off, their genitals mutilated, or with cuts elsewhere on their bodies. The body parts are taken while the animals are alive. Some horses have died from their injuries.

Investigators have no firm leads. According to authorities, the attacks are done by multiple people whose methods vary nationwide, which complicates investigations.

There has been speculation that the assaults could be motivated by a satanic rite or an internet cult.

Knife wounds on shoulder and chest
Eloise Lang, a rider in Coueron in western France, is still distressed after her horse Ambitieux was attacked.
“I saw that he had a dozen traces of wounds, knife wounds. He had some on his shoulders, flank, chest. He had cuts that were up to a foot (30 centimeters) long,” she told AFP.

“We hardly sleep anymore. We think about it all the time,” she added.

Didier Fruchet, owner of a horse club with some 80 animals outside Paris, looks with concern at his stables.
“It’s stressful to be thinking, ‘what happened tonight?’ When we arrive in the morning, we don’t know what we are going to find.”

Fruchet is taking no chances at his stables. He has invested in hunting cameras with night vision that photograph moving targets. “We do not care how much it costs when it comes to keeping our horses safe,” he said.

Reports have come throughout the summer, sometimes on an almost daily basis, of new horse mutilations across France.